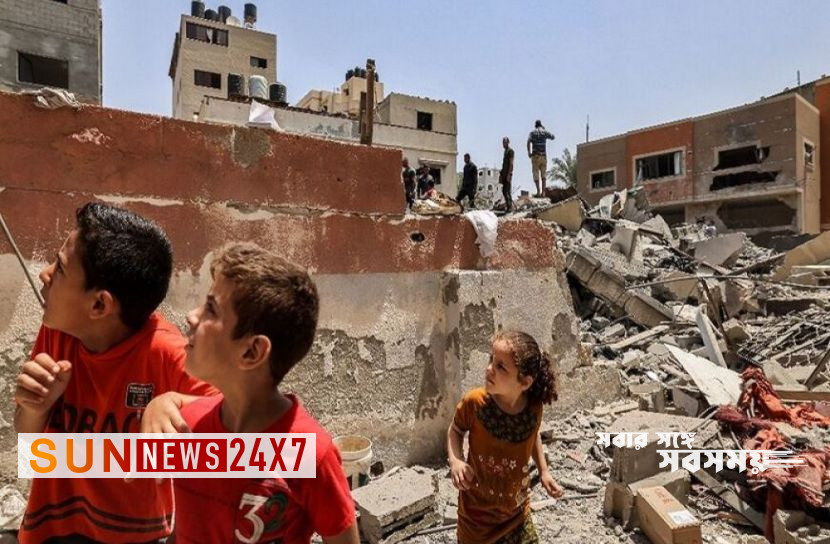 Sun News Desk: The death toll from Israeli airstrikes in the Palestinian Gaza Strip has risen to 24. Among the dead are 6 children. On Sunday (August 7), news agency AFP reported this information.

Read more: My mother was the charioteer of the struggle

In addition, more than two hundred Palestinians were injured. The casualties occurred in the past two days of airstrikes in the besieged Palestinian territory.

It has been said that the number of dead in the Gaza Strip has risen to 24 since the start of the Israeli offensive last Friday, according to updated information from the health authorities in Gaza, which is run by the Hamas administration. Six children were also among the dead. Besides, 204 others were injured.

But Israel claimed on Saturday that it had “irrefutable” evidence that Islamic Jihad terrorists’ rockets were responsible for the deaths of several children in the northern Gaza area of ​​Jabalia.

However, it was not immediately known how many children were killed in the Jabalia incident, AFP reported. However, an AFP photographer saw six bodies at a hospital in the area. Three of them are minors.

Israel’s military has warned that its offensive against Islamic Jihad could last a week. However, Egyptian President Abdel Fattah al-Sisi said that Cairo is talking to both sides “around the clock” to reduce the ongoing violence in Gaza.

The latest incidents are the most serious violence between Israel and Gaza in over a year. More than 200 Palestinians and a dozen Israelis were killed in the violence before an 11-day ceasefire took effect in May last year.

Read more: Jagdeep Dhankar is the Vice President of India

Rocket warning sirens rang out in Israeli cities on Saturday in the latest conflict. The Israeli army claims that nearly 200 rockets were fired from Gaza overnight at Israel.

But most of them were destroyed by Israel’s ‘Iron Dome’ missile defense system. It is known that there were no Israeli casualties in these attacks.