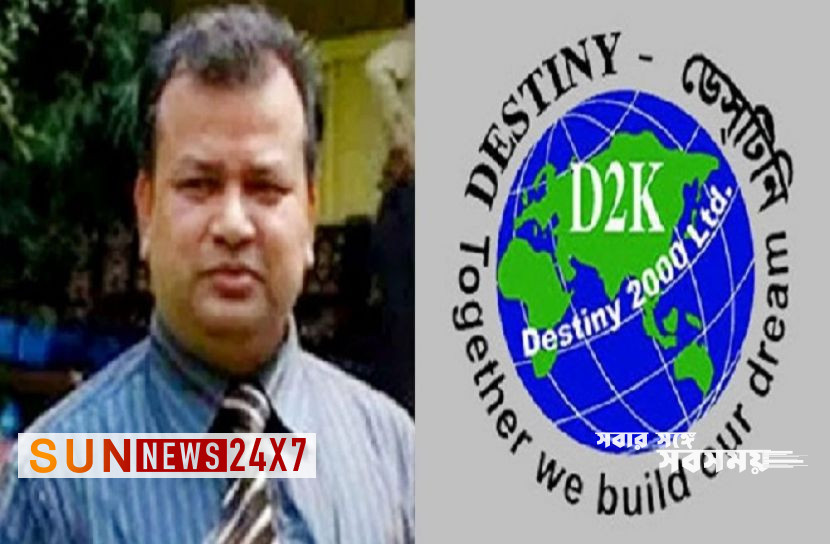 ACC lawyer Khurshid Alam Khan confirmed the matter. He said, the appeal court has accepted for hearing the 10-year imprisonment. He also suspended the fine.

Yesterday, Destiny Chairman Mohammad Hossain filed an appeal seeking acquittal from 10 years imprisonment in a case of embezzlement and money laundering. He also applied for bail application and suspension of fine.

Earlier on May 12, the court sentenced Mohammad Hossain, Chairman of Destiny 2000 Limited, to 10 years imprisonment in a case of embezzlement and money laundering.

Destiny Group Managing Director (MD) Rafiqul Amin, President of the company M Harun-or-Rashid and 46 accused were sentenced to various terms of imprisonment and fined by the court.

The rest of the accused have been sentenced to imprisonment for 5 to 9 years along with fine. On July 31, 2012, two separate cases were filed against the officials of Destiny including Rafiqul on charges of embezzling money from investors in the name of Destiny Multipurpose Cooperative Society and Destiny Tree Plantation Limited. The Anti-Corruption Commission (ACC) filed this case at the capital’s Kalabagan police station. A total of 4 thousand 119 crores 24 lakhs of embezzlement and smuggling have been charged in two cases. On May 4, 2014, after two years of investigation, the ACC filed a charge sheet in both the cases. In the case of Multipurpose Cooperative Society, 46 people were charged in the court. And 19 people have been charged in the tree plantation case.

The total number of accused in two cases is 53. The names of 12 people including Rafiqul are in two cases. Among the accused, Mohammad Hossain and Rafiqul are already in jail.