EB is the king of handball 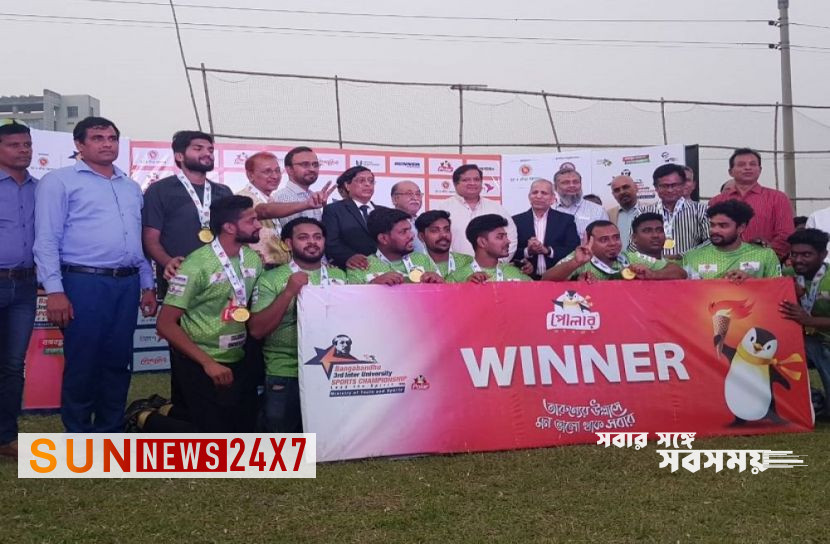 The Ebians won this victory by defeating the famous Oxford University of the East by 10 points. The final match was held on Sunday (November 13) at 12:30 pm at the BGMEA University of Fashion and Technology cricket ground.

It is known that the award ceremony was held at BGMEA University of Fashion and Technology at 3 pm today. Industries Minister Nurul Majid Mahmud Humayon (MP) was present as the chief guest in the event.

Meanwhile, Islamic University sports director. Sohel, Professor of the Department of Management of EB in charge of the overall supervisor. Mahbubul Arfin and university team coach Shah Alam were present on the occasion.

Incidentally, 25 universities participated in the Inter-University Bangabandhu Sports Championship Handball from the boys category. Ministry of Youth and Sports organized this game.