England defeated India in the final 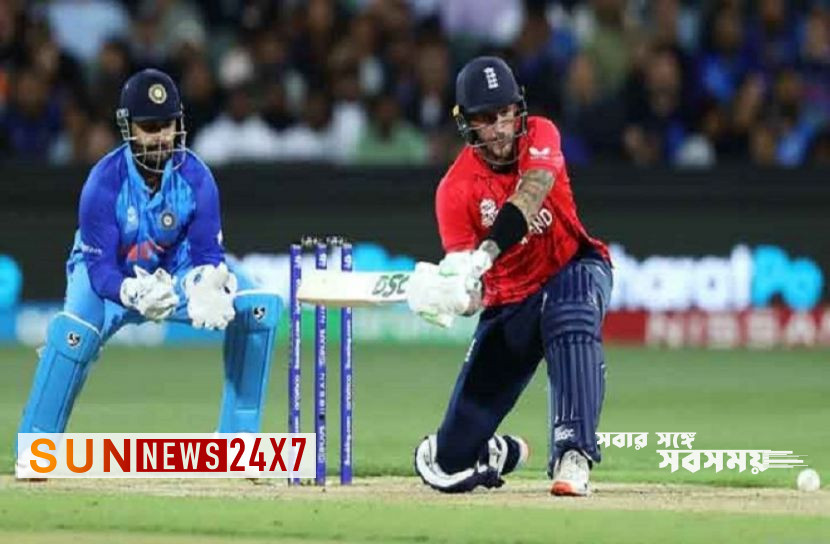 Batting first at the Adelaide Oval on Thursday, India scored 168 runs for the loss of 6 wickets in the stipulated 20 overs. In response, Jos Buttler’s team reached the port of victory by scoring 170 runs without a wicket in 16 overs.

Batting, India lost a wicket in the second over of the innings. Lokesh Rahul returned with only 5 runs from 5 balls.

Read more: Fardin’s girlfriend Bushra is on remand for 5 days

Then another opener Rohit Sharma made a pair of 47 runs with Virat Kohli. The Indian captain returned with only 27 runs off 28 balls for the team’s 56 runs.

Adil Rashid did not give chance to Suryakumar Yadav who was in great form in the tournament. Suryakumar returned to 14 runs after 10 balls. He returned as the third batsman with 76 runs.

Then Virat Kohli made a partnership of 61 runs from 40 balls with Hardik Pandya. Kohli returned with 50 runs off 40 balls. After Virat Kohli’s dismissal, Pandya continued his rampage. India scored 168 runs for 6 wickets in his 33-ball 63-run innings with three fours and 5 sixes.

In response to India’s 169 runs, England’s two openers Buttler and Hales scored 63 runs in 6 overs of the power play. Buttler was more aggressive in the beginning but later he batted carefully.

Later, Buttler stopped but another opener Hells Jhoro continued to bat. As a result Hales picked up a fifty in just 28 balls with 5 sixes and a boundary. This is a right-handed batter. Butler also came out of the shell. He also picked up a personal fifty.

Read more: We are in very challenging times

Next Sunday (November 13) England’s opponent in the final match to determine the title is the 2009 champion Pakistan. The match will start at 2 PM Bangladesh time at the Melbourne Cricket Ground.