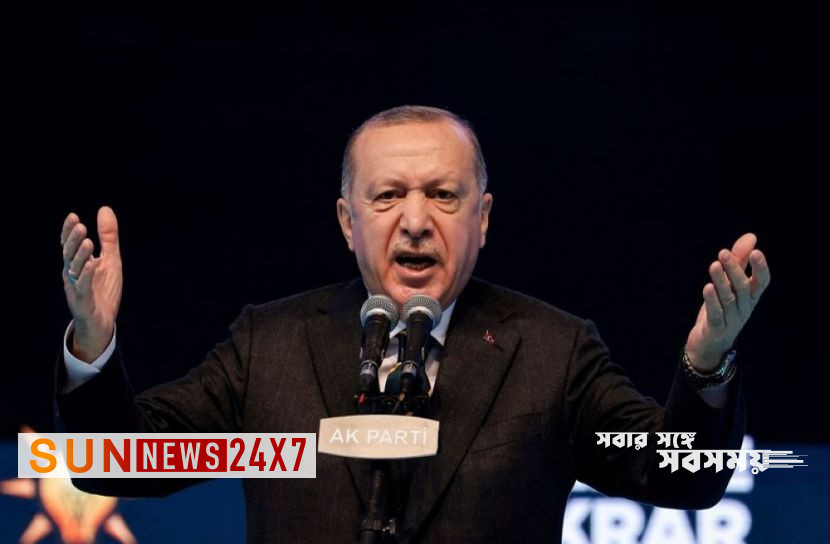 Sun News Desk: Turkish President Recep Tayyip Erdogan has issued a stern warning to Greece, saying Athens will pay a “heavy price” if it continues to harass Turkish warplanes in the Aegean and hints at military action. This is stated in a report of Reuters.

“Greece, look at history,” Erdogan said at a public meeting in the Black Sea city of Samsun. If you go further, you will pay a high price.

Greece allegedly fired missiles from its S-300 air defense system at several Turkish F-16 fighter jets. On August 23, Greece shot down the missile during a Turkish air surveillance operation in the international airspace of the Aegean Sea and the Eastern Mediterranean.

However, despite Greece firing missiles, the Turkish plane completed its mission and returned safely to the base, AFP reported. Turkey recently accused Greece of provocative actions. Turkey alleges that such actions by Greece are undermining peace efforts.

He also said that Greece’s negative actions against Turkey in NATO cannot worsen Turkey’s relations with other members of the alliance.

Meanwhile, Turkey celebrated its Victory Day on August 30. On this day, a message was supposed to be given by NATO congratulating Turkey. But Greece blocked it. They did not allow NATO to send this greeting message.

Read more: There is no plan to import oil from India

Turkey won the Battle of Dumulpina on this day in 1922. It was the last battle of the Turkish War of Independence. At the end of this war on August 30, 1922, the Greek troops were forced to withdraw from Anatolia. Since 1923 this day has been celebrated as Victory Day in Turkey and in 1926 the day was declared a public holiday.