Even the poor can dream 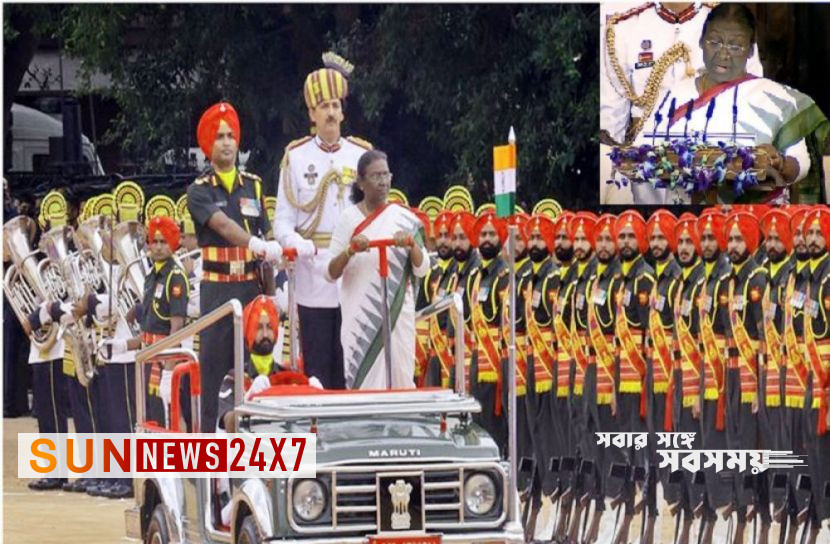 International Desk: Draupadi Murmu, the country’s first newly elected president from India’s indigenous community, said her election victory was an achievement for every poor person in the country. This woman who is sitting on the post of President of India from a very poor family said, ‘The poor can also dream.’

Reuters reported that Murmu made these comments after being sworn in by Chief Justice of India NV Ramana on Monday (July 25).

This historic event of Murmur’s appointment to India’s highest constitutional post is seen as an important vision of the country’s Prime Minister Narendra Modi towards the minority community. About 8 percent of the country’s 1.4 billion people belong to tribal communities, and the move ahead of the 2024 general elections has drawn widespread praise.

In 2017, Draupadi Murmu, the newly elected indigenous woman president of India, came to the discussion for the first time. At that time, there were rumors that this tribal woman of Odisha would be the presidential candidate of the current ruling political party of the country, Bharatiya Janata Party (BJP). He was then serving as the Governor of Jharkhand state.

Murmu, a former school teacher, became the second woman to become the President of India. Although this position is only formal.

Draupadi Murmu was born in 1958 in Baidaposi village of Mayurbhanj district of Odisha. He is a member of the Santal community, one of the largest tribal groups in India.

Draupadi Murmu was elected President for the next five years by a vote of Rajya Sabha and Lok Sabha members last week after getting the nomination of the ruling BJP.

“My election has proved that India’s poor can dream and achieve their dreams,” the 64-year-old said in her address to parliament after taking oath on Monday.

‘It gives me great satisfaction that the poor, the underprivileged, the backward and the tribals, who have been deprived for centuries and who have not been able to enjoy the benefits of development, see their reflection in me.’

Prime Minister Narendra Modi hailed Murmu’s swearing-in as an “absolute moment for India — especially the poor, marginalized and underprivileged”. While the President of India serves as the Supreme Commander of the Armed Forces, the Prime Minister holds executive powers.