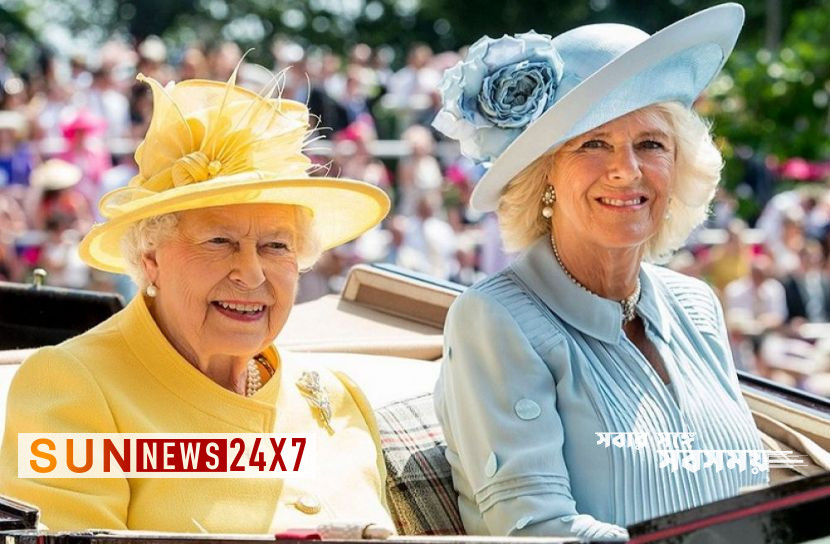 International Desk: Britain’s longest-reigning Queen Elizabeth II has breathed her last at Balmoral Palace for 96 years after a 70-year reign. After the Queen’s death, her eldest son, Charles III, became King of England according to tradition.

Queen Elizabeth announced earlier this year that her current ‘Queen Consort’ will be Charles’ wife, Camilla, Duchess of Cornwall.

However, Camilla had to go through a difficult path from an ordinary woman to become the ‘Queen Consort’. Especially after Charles’ divorce with the hugely popular Princess Diana, Camellia had to navigate a mountain of controversy to make herself acceptable as Charles’s wife.

Camilla has been slammed for breaking the Charles-Diana fairytale royal love story. Princess Diana also complained in an interview with the BBC in 1995 that ‘there were three of us in this wedding’ – she, Charles and his long-time lover Camilla.

Camilla was born on June 17, 1947 in a British aristocratic family. Prince Charles first met the young Camilla at a polo match in the early 1970s with the confident and attractive Camilla. Later they became close.

In 1973, that is, 3 years after meeting Charles for the first time, Camilla married Andrew Parker Bowles, a British army officer. Among the royal guests at their wedding were the Queen’s sisters, Princess Margaret and Princess Anne.

Bowles-Camilla also have two children. However, Camilla and Charles remain attracted to each other. Even after the royal wedding with Princess Diana in 1981, Charles could not forget Camilla. There were many whispers about Camilla and Charles’s secret romance at that time.

They first appeared in public in 1999. After that, there is no doubt about their relationship. At one time, everyone accepted them as a couple.

They finally got married in 2005. Queen Elizabeth II was also present at their wedding.

However, even after her marriage to Charles, the controversy over Camilla’s title remained. Although traditionally the king’s wife is the queen. But what Camilla’s title would be if Charles became king was a big question for years.

Palace officials have said for years that Camilla would likely be given the title of ‘princess consort’ rather than the traditional ‘queen consort’ if Charles becomes king.

According to palace officials, the title ‘Princess Consort’ has no precedent in the history of the British monarchy. A similar title ‘Prince Consort’ was used only once for Queen Victoria’s husband, Albert.

Incidentally, when Queen Elizabeth II publicly announced that Camilla would be given the title of ‘Queen Consort’ if her son Prince Charles became king. After that, the debate ended.

Camilla will even wear the Kohinoor’s crown on Charles’s inauguration as king. Source: AFP