First discovery of water on an alien planet 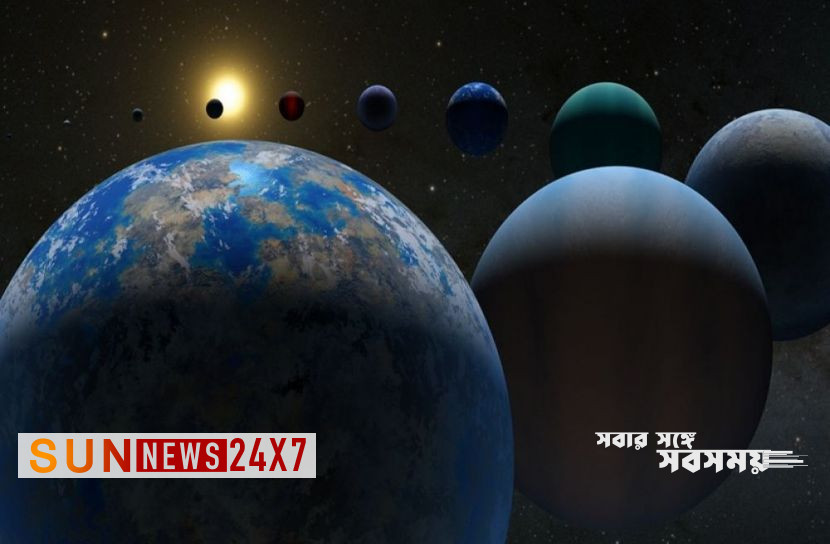 Sun News Desk: Now the James Webb telescope sent by NASA in space has found water on aliens. The US-based space research center said in a statement on Friday that it also released images of the planet. This has been said in a report of the Press Trust of India.

The statement said, according to data sent by the James Webb Telescope, the planet has watery clouds and fog in its sky. This is the first time that water has been found on an extraterrestrial planet.

Although located in the same galaxy, WSP-96 is quite far from Earth. According to the James Webb Telescope, this planet is 1,150 light-years away from Earth. In other words, it will take 1,150 years to reach WSP-96 from Earth at the speed of light. The speed of light is 1 lakh 86 thousand 285 kilometers per second.

It is also said that WSP-96, though a planet, does not have soil, rock or any solid matter. Like the planets Saturn, Jupiter and Uranus in the solar system, it is a huge, hot and bloated ball of gas. The temperature of the planet is 538 degrees Celsius.

WSP-96 is 1.2 times larger than the largest planet in the solar system, Jupiter. But the mass of the planet is less than half that of Jupiter. This planet revolves around a star that looks like the Sun. The distance of the planet WSP-96 from that star is also quite short.

Mercury is the closest planet to the sun in our solar system. The planet’s distance from the star around which WSP-96 orbits is one-ninth of the distance from the Sun to Mercury. As Earth, WSP-96 takes 3.5 days to orbit the star once.

“With its large size, short orbit, puffy atmosphere and freedom from cosmic pollution, WSP-96 is an ideal planet for atmospheric observations,” a NASA statement said.

NASA’s James Webb Telescope is the most powerful telescope ever sent into space. The telescope cost $1 billion to build and send into space. This telescope was sent on December 25 last year.

Read more: Call for a peaceful transfer of power in Sri Lanka

More recently, the James Webb Telescope has sent back some of the oldest images of the universe. The photos were released at a press conference at the White House on Monday. US President Joe Biden himself attended the press conference.

After the release of those pictures by NASA, there was a lot of noise in the scientific circles of the world.