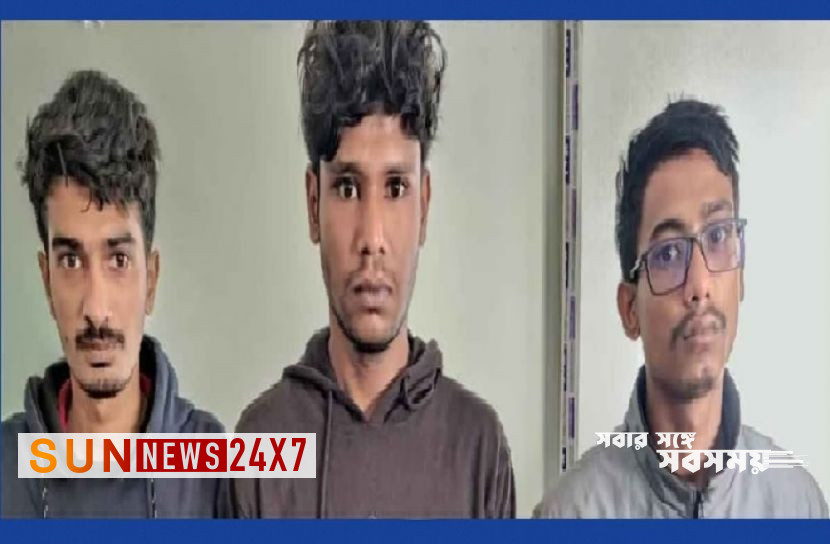 Earlier on Sunday (November 14) at noon, they were arrested from a mess in Chakpara area of ​​Rajshahi’s Chandrima police station. The arrested two students are – painting, oriental art and printmaking department of 2018-19 academic year. Rezwan Islam and Shakib. On the other hand, Natore’s name is Robin. At that time, seven mobile phones and seven SIM cards used for emo hacking and cheating were seized from them.

Cybercrime Investigation (CTTC) Deputy Commissioner of Police confirmed the matter. F. M. Al Kibria said, they used to hack emo users from different parts of the country including expatriates using electronic devices and internet connection. The gang members first collect the numbers of expats who use imo. Later they slyly grab the targeted expatriate’s one-time password. After getting the password they monitor the conversations and messages sent from that ID. At one point, using the hacked ID, the expatriates were asked to send large sums of money to Vikas by reporting accidents or illnesses to relatives. In this regard, a team of Cyber ​​Crime Investigation Division of CTTC arrested the criminals by conducting operations on the basis of regular cases of Khilgaon police station. A one-day remand was granted by the court when the remand application for the questioning of the arrested was handed over on Monday (November 14) evening.

ADC Nazmul of Cyber ​​Crime Investigation (CTTC) Department said that the OTP received on mobile or IMO cannot be shared in any way. Many of them have been identified by DMP’s City-Cyber. He also said that a major operation will be conducted there soon.