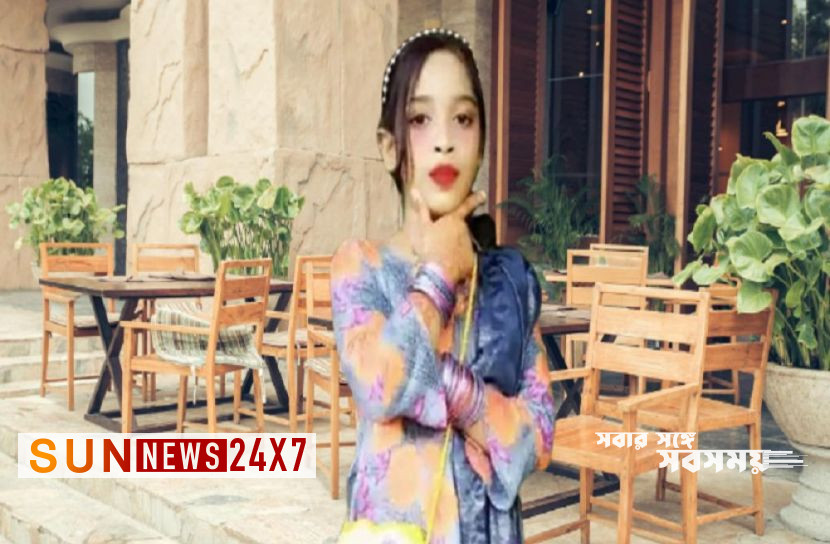 Noakhali Representative: In Noakhali’s Chatkhil Upazila, a schoolgirl died after being strangulated while filming a TikTok video on her mobile phone. This incident took place in Shibpur village of Khilpara union of the upazila at around 4 pm on Thursday (July 7).

Read more: The salary of the workers is still pending

The deceased Sanjida Akhter (11) was the daughter of Manjurul Islam of Shibpur village of the upazila and a fifth grade student of Shibpur Government Primary School in the same area.

Local resident Siddique Ullah said that on Thursday afternoon, Sanjida climbed up on the cupboard of the house and went to record a Tik Tok video of twisting the veil and noose. At that time, he lost his foot and fell from the cupboard, wrapped the veil around his neck and got hanged. When the family members realized the matter, they immediately rescued him and took him to the Upazila Health Complex, where the doctor on duty declared him dead.

Officer-in-Charge (OC) of Chatkhil Police Station. Giyas Uddin said, the family of the victim said that Sanjida, a schoolgirl, was accidentally strangulated while making a TikTok video. On receiving information, the police recovered the body and brought it to the police station.

The OC also said that the body will be sent to the 250-bed Noakhali General Hospital morgue for post-mortem on Friday morning. A wrongful death case has been registered in the police station.