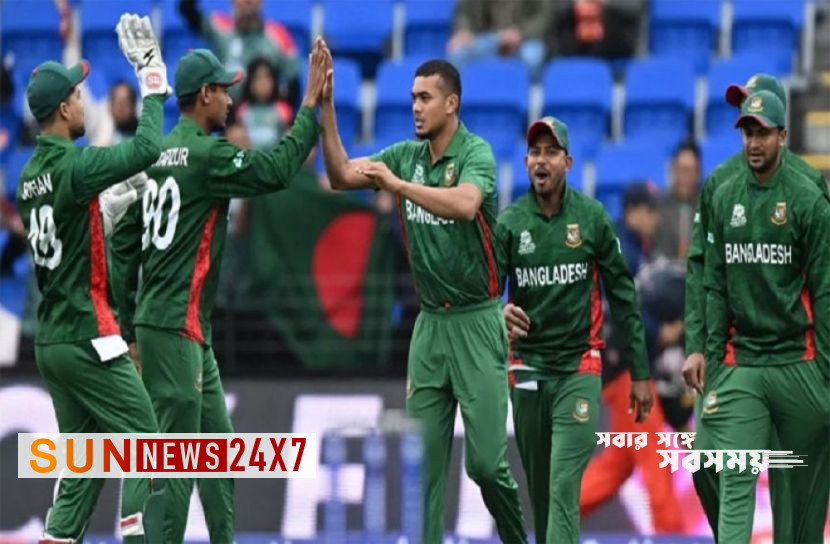 Read more: Cyclone Sitrang will hit in the evening

Batting first in their first match at the Oval, Bangladesh scored 144 runs losing 8 wickets in the scheduled 20 overs. In response, Netherlands lost all their wickets and stopped at 135 runs. As a result, the Tigers started the World Cup with a breathtaking victory of 9 runs.

Bangladesh’s two openers Soumya Sarkar and Nazmul Hossain Shanto had a good start. Due to which Bangladesh’s total at the end of five overs of the power play stands at 43, which is also the highest in Bangladesh’s opening this year.

However, Soumya departed in the sixth over. Soumya scored 14 runs in two boundaries before being dismissed by Von Mikkeren. Shantao (25) returned to Sajghar after the power play was over. After that, Bangladesh fell into disaster after losing the wickets of Liton Das (9), Shakib Al Hasan (7) and Yasir Ali (3) in three consecutive overs.

In the middle order Afif Hossain and Nurul Hasan Sohan added 44 more runs to lead the team. After Sohan was dismissed for 13 runs, Afif scored 38 runs off 27 balls with two fours and a six. In the end, Mosaddek Hossain’s unbeaten 20 runs from 12 balls made Bangladesh score 144 runs, losing 8 wickets in the stipulated 20 overs.

In response, Bangladeshi pacer Taskin Ahmed picked up two wickets of the Netherlands in the first two balls of the innings. Dutch opener Bikramjit Singh hit the corridor of uncertainty with the first ball and Yasir Ali took the catch. The best pacer of the country returned the bass de lead with a catch in the hands of Nurul Hasan Sohan behind the wicket in the very next ball.

Then Shakib Al Hasan came bowling in the fourth over and got two runouts in that over and Bangladesh took control of the match. After Max O’Dowd (8), Tom Cooper returned to the dressing room with a ‘diamond duck’ unable to deal with the ball.

Then Colin Ackerman and captain Scott Edwards put on a pair of 44 runs. Bangladesh was also somewhat uncomfortable with that. But Shakib released the fans from that discomfort. He returned Dutch captain Edwards (16). He has brought the much desired ‘break through’.

Hasan Mahmud also struck in the next over. Bowled by Tim Pringle, who was caught by Nazmul Hossain Shanto before Baldwick survived. After picking up 6 wickets for the team’s 66 runs, after the game was stopped for some time in the rain, Ackerman was trying to get the match out single-handedly when the Dutch batted again. However, the Tigers picked up the wickets of Logan Van Beek and Sarij Ahmed in the other end.

But Ackerman took the fifty right. This batsman scored 62 runs off 48 balls after returning to Taskin’s ball, Bangladesh reached the verge of victory. As a result, the Dutch were all out for 135 runs after losing all the wickets in the scheduled 20 overs.