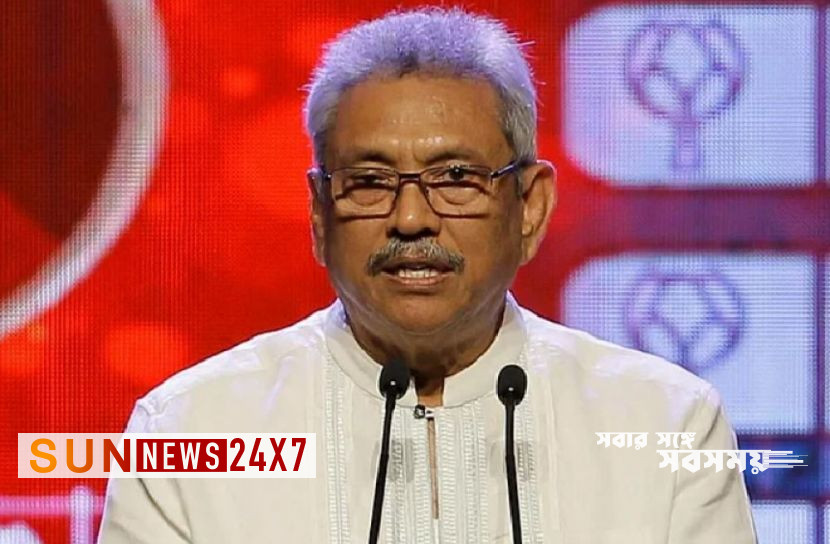 International Desk: Former Sri Lankan President Gotabaya Rajapaksa has started his campaign to get a green card to travel to the United States. He wants to live there permanently with his wife and son.

According to a report by the Sri Lanka-based media Daily Mirror, Gotabaya Rajapaksa’s lawyers in the United States started the application process to get his green card from last month. Gotabaya’s wife Ayoma Rajapaksha is a US citizen. He is eligible to apply for US citizenship through his wife. His lawyers in Colombo are working on gathering other documents needed to move the process forward.

The report also said that Gotabaya Rajapakse is currently staying in a hotel in Thailand with his wife. He said he will return to Sri Lanka on August 25. Earlier he had planned to stay in Thailand till November. But he canceled that plan.

Meanwhile, sources said Gotabaya Rajapakse decided to return to Sri Lanka at the end of this month after discussions with lawyers two days ago. Initially he hoped to roam freely in Thailand. But the Thai government has banned him from going out citing security concerns. Apart from this, the security officers of Thailand’s Special Branch Bureau are serving in plain clothes for his safety. Apart from this, the country’s government officials ordered Gotabaya to stay inside the hotel. Not getting the promised freedom, Gotabaya changes his plans.

On the other hand, Ranil Wickremesinghe’s cabinet will discuss the matter of providing official residence and security to Gotabaya on his return to Sri Lanka. In the face of intense protests last month, Rajapakse left the country and first went to the Maldives. From there, he went to Singapore on a medical visa. His visa was extended twice. After Singapore did not extend his visa, his wife left for Thailand. His stay there was confirmed until a third destination was determined.