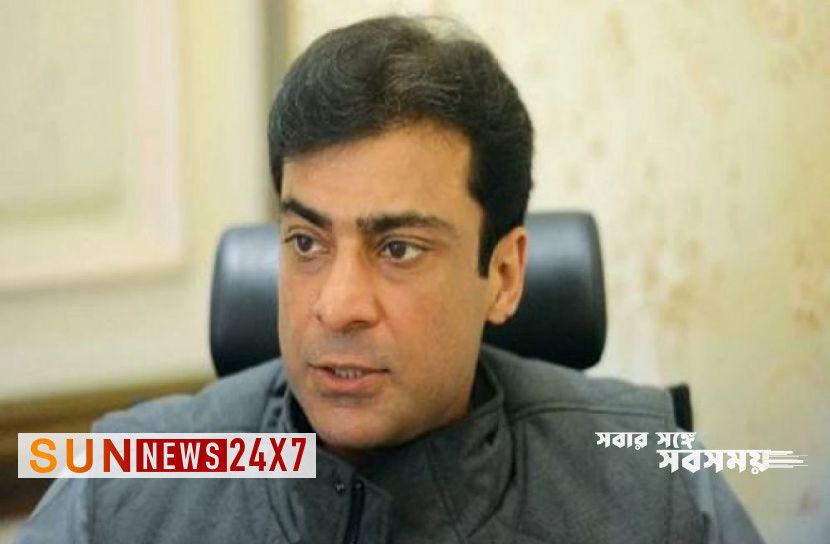 Sun News Desk: PML-N leader Hamza Shahbaz was sworn in as Chief Minister of Punjab after a dramatic three-vote victory over Pakistan Muslim League-Quaid (PML-Q) and Pakistan Tehreek-e-Insaf (PTI) joint candidate Chaudhary Parvez Elahi. This has been said in a report of Geo News.

Read more: Not a ceasefire

His swearing-in ceremony was held on Saturday (July 23). Hamza Shahbaz is the son of current Prime Minister of the country Shahbaz Sharif.

Governor of Punjab Baligh ur Rahman finally administered the oath to Hamza Shahbaz. The swearing-in ceremony was held at the Governor’s House and was attended by PML-N leaders and other government officials.

According to Deputy Speaker Mazari, Hamza got 179 votes and Elahi 176 votes. However, 10 votes from Elahi’s own party were not counted.

Earlier, Imran Khan’s PTI won a big victory in the Punjab Provincial Assembly by-election. PTI won 15 out of 20 seats in the by-elections held on Sunday.

Punjab Governor Chowdhury Sarwar was removed from his post ahead of a no-confidence vote in the country’s parliament against former Prime Minister Imran Khan. Earlier, Usman Buzdar submitted his resignation to Chaudhary Muhammad Sarwar and the post of Chief Minister became vacant.

The four provinces of Pakistan are Balochistan, Khyber Pakhtunkhwa, Punjab and Sindh. Important among these is Punjab. 186 out of 371 votes are required to become Chief Minister of Punjab. Whereas PTI has 183 legislators. PML-Q has 10, PML-N has 166 and PPP has seven legislators.