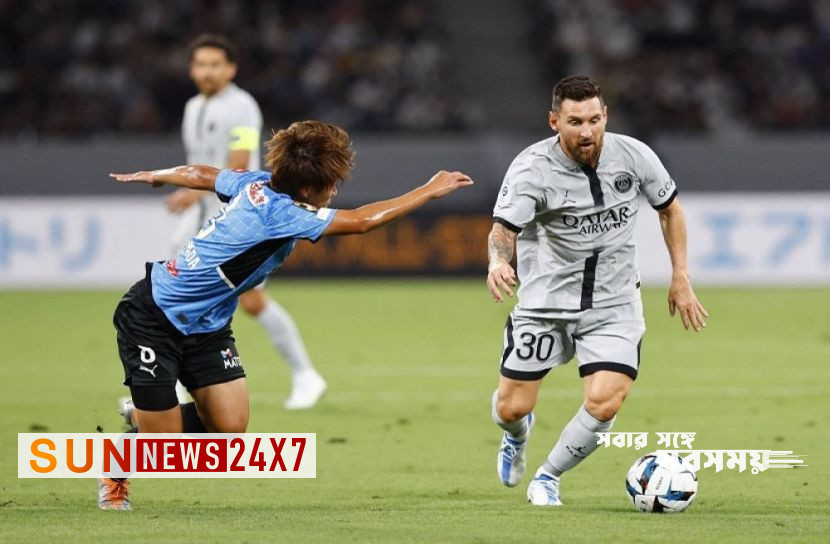 Sports Desk: PSG will face the country’s club Kawasaki Frontal in the tour of Japan. They put five shots on target against a Messi-Neymar-Mbappe team. In contrast, PSG had 10 shots on target. The French champions got a hard-earned victory with Messi’s goal in that match.

Read more: I dream of winning the World Cup

The Parisians won 2-1 in a friendly at Japan’s National Stadium on Wednesday (July 20).

Despite maintaining dominance from the start of the match, PSG had to wait until 32 minutes to get the desired goal. Messi scored from midfielder Ashraf Hakimi’s pass. The Persians went into the break with the lead.

Arnau Kalimuendo, who replaced Mbappe, scored in the second half. Kazuya Yamamura’s last-gasp goal saw Kawasaki pull one back. As a result, there was a fear of a draw in front of PSG. However, Christophe Gaultier’s disciples left the field with a 2-1 victory.