How does the power system fail? 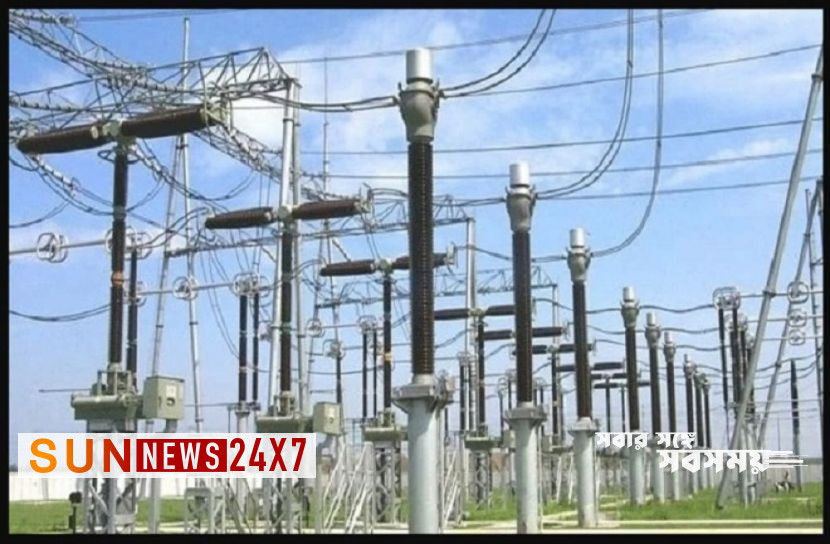 Sun News Desk: Since 2:04 PM on Tuesday (October 4), the national power transmission grid has been disrupted, causing a blackout across the country except for a few districts in the northern part of Bangladesh. More than half of the country was without power for more than six hours. Among these areas there are many big cities including the capital Dhaka, Chittagong, Sylhet.

People of these blackout districts suffered severely due to the outage disaster which started in the afternoon of a busy day. Engineers still don’t know why this happened. Several investigation committees have been formed to find out.

This is the second disaster in the national grid in a month in the country. Earlier, there was a grid disaster on September 6. At that time, Kushtia, Jessore and the southwestern districts were without electricity for about one and a half hours.

Why do national grid or blackouts occur, why do such events occur? To understand that, we need to know what the national grid is and how it works?

What is National Grid?

National grid is a transmission system of electricity across the country. Engineers often liken the national grid to highways or railroads.

BM Mizanur Rahman, chief engineer of the company’s system operation, told BBC Bangla, “This is an integrated system of supplying electricity from producers to consumers.”

Explaining, he said that there are many companies producing electricity in different parts of Bangladesh. It is carried by high power transmission lines to the distribution companies to consumers. From there, those companies deliver electricity to consumers. The entire work of supplying this is done through the National Grid.

‘Any fault in this production, supply and distribution system creates complications for the entire management,’ he said.

It can be compared to a railway line. From Chittagong, the electric train may have left for Dinajpur.

It stops at several stations on the way and picks up or drops passengers, ie power is added from the power plant or power is supplied to the customer company.

As a result, wherever electricity is generated, they generate electricity and feed it into the transmission line. Then it spread to Bangladesh through the national grid. It again goes to power grid stations, sub-centers through low-voltage to consumers or customers according to the demand of different places.

The three types of cables seen on the large electricity poles in Bangladesh carry 3 levels of electricity. One has electricity of 400 KV, 230 KV and 132 KV.

For example, after electricity is added to the national grid from a power generation company, it travels along transmission lines. According to the demand in Dhaka, the high voltage electricity is brought down from the transmission line to the 400 KV or 230 KV sub-station of the power grid and brought to the voltage suitable for the customer. Then from there DESA or DESCO takes the electricity and supplies it to the customers.

Why is the disaster in the national grid?

BD Rahmatullah, former director general of Power Cell, said that the entire management is carried out both automatically and manually. In the developed countries of the world, this system is fully automated, but it is not yet done in Bangladesh.

There is no way to conserve electricity in Bangladesh. Electricity is generated in keeping with the demand. It is then supplied to consumers through the national grid.

This management of the national grid includes activities ranging from adding power from power plants to transmission lines to delivering power to companies that supply consumers.

Since electricity cannot be stored, load fluctuations create stress on the system, so the supply of electricity to the national grid is ensured in line with the demand.

When the load is high, power plants are asked to increase production. Again, when demand decreases, they are asked to limit production. This coordination is done from the office of Power Grid Company.

But if any of these systems fail or fail, the whole system breaks down. Then a big disaster like Tuesday happened.

Bangladesh currently has about 13,000 km of transmission lines.

Rahmatullah said, if there is a fault anywhere in this transmission line, the entire system becomes vulnerable. There should be coordination of power generation with demand. But if the load is too high or too low, there is a possibility of disaster.

A station may be generating 1,000 megawatts of electricity against a demand of 1,000 megawatts. If for some reason it shuts down or the demand for power increases, the system then tries to meet that demand from another source. Then the pressure increases.

But the system has a mechanism that automatically shuts off to protect the equipment when the pressure is high or low and isolates itself from the entire system.

When one or two stations shut down, the pressure increases, resulting in more stations being isolated. Thus the entire system collapses through a chain reaction.

In engineering parlance this is called ‘cascade tripping.’

The fault is then detected and rectified or isolated and restarted one by one to restore power to the national grid. Since electricity cannot be stored, these centers are started according to demand. Along with that, the electricity coming into the transmission line is supplied through various plants.

Because of this, after a disaster in the national grid, power is gradually restored to individual areas.

Disasters occur due to:

The main cause of power outages in the national grid is load mismatch. For example, when excess demand is created, it puts pressure on the power supply system.

In addition, the national grid can face disaster even if a power line is severed by a storm or a tree falls, a bird strikes, a fire breaks out, or a pole is uprooted.

Also, many times the supply to the grid can be stopped due to the breaker system as a protection in the transmission system. The lines may be destroyed if there is a sudden surge in power supply or if the power supply is interrupted for some reason. So the breaker disconnects from the supply line. Also shut down the power plant.

BD Rahmatullah, the former director general of Power Cell, said, ‘In the developed countries of the world, the system of electricity supply is automatic with the demand in the national grid. But we don’t quite have that here.

Stations have to coordinate increasing and decreasing power generation by telephone. As a result, if a fault occurs, it quickly shuts down the other stations.’

He said, ‘The disaster that happened on Tuesday, I would say, is the negligence of the people in charge of maintaining the grid station. After so many hours, no one is saying why what happened? Actually there is a lack of accountability here.’

Rahmatullah said, in the last few years, there has been a lot of emphasis and investment in power generation in Bangladesh. But the circulation system is not given that much importance. It is not improved, not maintained. However, if there is no good transmission system, no one wants to understand that there is no profit in this power generation if it cannot reach the customers. ”

History of electricity disaster in Bangladesh:

On May 3, 2017, such a major power disaster occurred earlier in Bangladesh. 32 districts in the North and South-West were without power for several hours following the sudden grid disruption of services.

On November 1, 2014 at 11:27 PM, the biggest disaster occurred in the national power grid of Bangladesh. At that time there was no electricity for 17 hours across the country. Such a major grid failure has never happened in the country before.

The power supply to the Prime Minister’s office, Parliament, and other government buildings in Dhaka was also cut off during the disaster. However, Dhaka International Airport is working with electricity from the generator.

At the time, local media reported, citing Bangladeshi officials, that the breakdown may have been caused by a problem at a sub-station in neighboring India on the connected Bangladeshi grid.

The incident occurred due to a fault in the supply lines of Bangladesh and India.

Recalling that incident, BD Rahmatullah said that at that time a fault current entered from the Indian side. As a result many power stations in the country were shut down one after another.

There have been minor grid failures before. But before that there was a major blackout in Bangladesh in 2007. There were two blackouts in November and December that year. A committee of inquiry formed with BUET experts then blamed the poor grid for the disaster. Source: BBC.