I have won the war, I will win the game 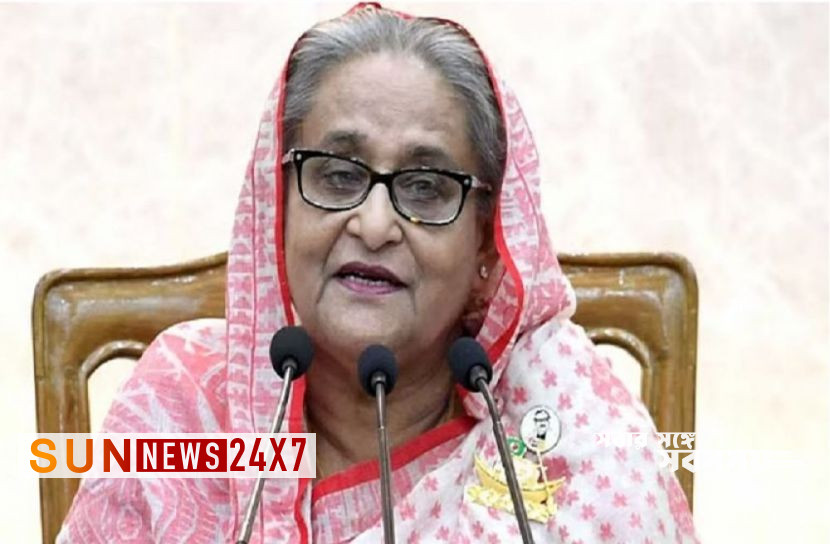 Sun News Desk: Prime Minister Sheikh Hasina urged the parents to give opportunities for children to play sports every day and said, I have won the war, I will win in sports too. Everyone should move forward with this spirit. What our boys could not do, our girls did. The boys will be a little angry when they hear it. There is nothing to be angry about. Boys are a little more competitive. I will say though, our girls are doing quite well.

He said these things at the reception ceremony for the victorious women’s football team at his office on Wednesday (November 9) morning. On this day, the Prime Minister honored 23 players and 11 officials of the winning team. He handed over a check of Rs 5 lakh to each player and Rs 2 lakh to the officials. The winning players handed over their championship trophies to the Prime Minister during the reception.

Before this, Bangladesh became the champion for the first time by defeating Nepal 3-1 in the final of the SAFF women’s tournament last September. State Minister of Youth and Sports. President of Bangladesh Football Club Kazi Md also spoke in the program chaired by Zahid Ahsan Russell. Saladin. Youth and Sports Secretary Mejbah Uddin delivered the welcome speech.

The Prime Minister said that the anti-independence faction came to power after the black chapter of August 15, 1975. They could not sustain the progress of the country. Since the formation of the Awami League government in 1996, we pay special attention to the self-social development of the people on the one hand, and sports on the other hand.

He also said that in 1997, the Bangladesh cricket team won the ICC trophy for the first time. We organized the Mini World Cup in 1998. When our cricket team won at the ICC we also gave a big reception. To encourage people. After the BNP-Jamaat came to power in 2001, a scandalous situation was again created in the sports arena.

Sheikh Hasina said, I really remember my family in the world of sports. My grandfather played football, my father played football. My grandfather and my father were rivals in sports. My brother Sheikh Kamal used to play football. Jamal used to play football and cricket. My home was the world of sports. My family is involved in sports. When Abahani Krirachakra was created we cooperated as much as we could.

He also said that the people of this country took up arms and gained independence by responding to the call of the father of the nation. We are a winning nation. Always keep this in mind. We have to keep in mind on the field of play – we have won the war, we will win the game too. Everyone should go with this thought. Only then will success come.

Pointing out that the country’s sports field has achieved enough in 14 years, the Prime Minister said, the more our children practice sports and literature, the more patriotism they will develop.