I saw myself in a burning grave 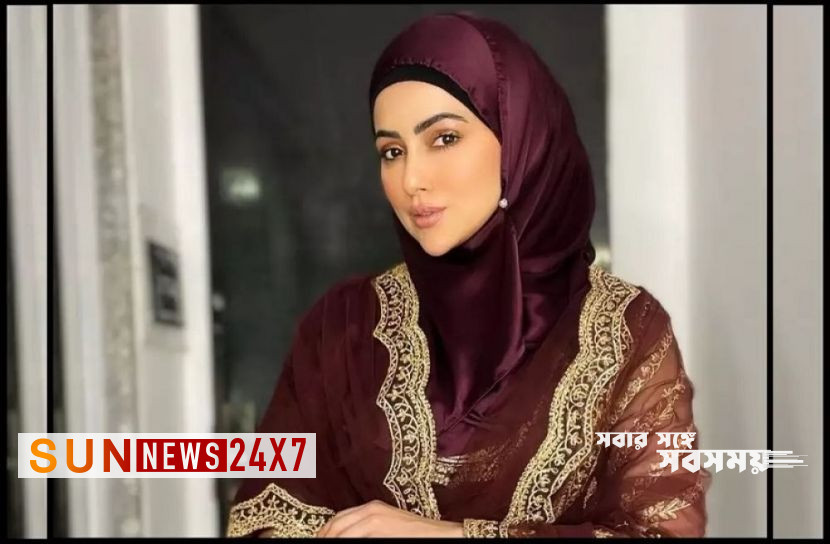 Married a mufti and became a householder. Saying goodbye to Bollywood, he chose the path of Islam. Now she is seen wearing hijab regularly.

Sana recently shared a new interview video on social media. There he said that fame, name and money were all with him in his past life. He did not lack anything. A report of Hindustan Times said this.

He also said that he was able to do everything he wanted. But despite having so much, he felt missing one thing. That is ‘peace’. There was no peace in Sana’s heart at that time.

The actress said that it is the month of Ramadan in 2019. At that time he was very ill. He was suffering from depression due to illness.

Read more: I will also get married

In an interview with ‘Muttabifi Huzzaj’ South Asia, Sana said, ‘I used to see myself burning in a burning grave in my dream. This dream seemed to me to be a special message.’ Then she left the glamor world. He devoted himself to the path of religion.

In October 2020, he announced on social media that he was retiring from the entertainment world. Because he wants to submit himself to Islam. After that within a month he got married with Mufti Anas, a businessman from Gujarat. After marriage, he changed his name to Syed Sana Khan. A few days ago, she was performing her first Hajj with her husband.

Incidentally, Sana acted in several movies in Tamil, Telugu, Kannada, Malayalam languages. He reached the peak of popularity by participating in the reality show ‘Bigg Boss’ in 2012. He also worked in Salman Khan’s ‘Joy Ho’, ‘Waja Tum Ho’, ‘Special Ops’. However, this former actress left the world of showbiz and is currently following the path of Islam.