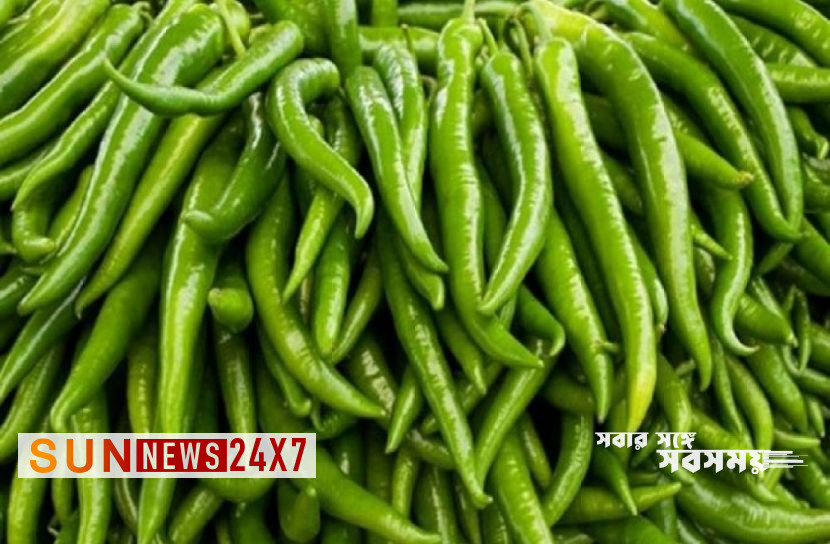 Sun News Desk: Import of green pepper from India has started through Hili land port in Dinajpur. On Saturday (August 6) at noon, 60 metric tons of raw chillies were imported from India in 6 trucks.

Read more: I see my transport

Kamrul Islam, deputy commissioner of Hili land customs station, said that considering the interests of the country’s farmers, the import of green pepper from India was stopped from November 10 last year. The government of Bangladesh has again decided to import raw chili from India due to the increase in the price of raw chili in the country’s market. So far, two importers from Hili land port have received permission to import 2,000 metric tons of green chillies.