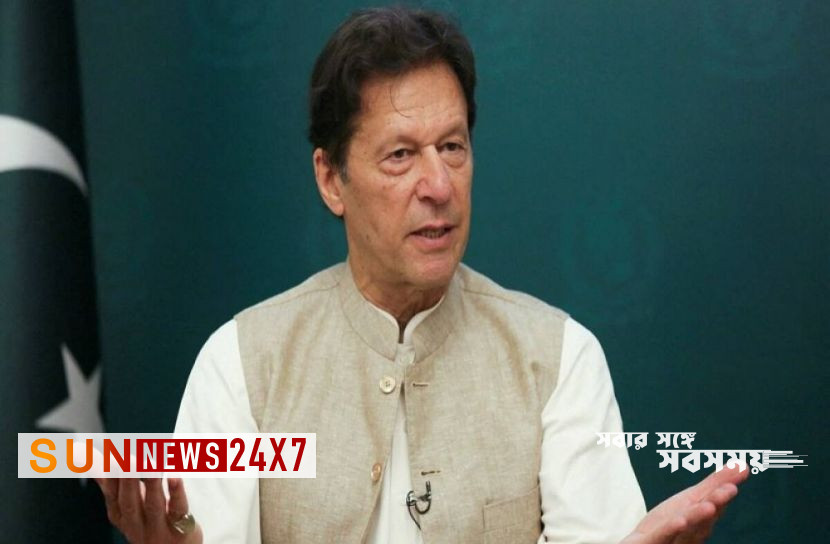 Sun News Desk: The High Court of Islamabad has granted the bail plea of ​​Imran Khan, the former Prime Minister of Pakistan and the head of the opposition political party Pakistan Tehreek-e-Insaf (PTI). This information was found in the report of Geo News.

On Monday (August 22), the interim anticipatory bail was granted till next Thursday in the terrorism case.

Earlier, PTI’s lawyers applied for anticipatory bail early on Monday morning after a case was filed against him under the Anti-Terrorism Act on Sunday night. Imran Khan’s close aide Shahbaz Gill was arrested last week in a sedition case. At that time, Imran Khan alleged that the police and other law enforcement agencies misbehaved with Gill.

Addressing a rally in Islamabad on Saturday, Imran Khan threatened to file a case against the country’s top police officer, a woman magistrate, the Election Commission of Pakistan and political opponents over his treatment of Shahbaz Gill.

Imran Khan has been holding political meetings across the country since he was ousted last April. In these gatherings, he also alleged that he was ousted from power through a conspiracy. This has rekindled the heat in the country’s politics, which reached its peak on Sunday night after Imran was booked under the Anti-Terrorism Act.

After this case, hundreds of leaders and activists gathered in front of his Banigala residence in the capital Islamabad to thwart the arrest of PTI Chairman Imran Khan.

According to reports, PTI lawyers Faisal Chowdhury and Babar Awan applied for anticipatory bail on behalf of the former prime minister. It is said that Imran Khan is ready to appear in the court as soon as the application is summoned.

Read more: Homosexuality will be legalized

It is said in the application that there is no record of any crime against Imran Khan in the past. Besides, he has never been convicted of any crime. There is no chance for him to run away or destroy documents presented in court. Imran Khan is also ready to deposit money as security to the court for bail.

Later, Islamabad High Court Justice Mohsin Akhtar Kayani accepted the PTI chairman’s plea and asked what objections were raised. Awan told the judge that an objection was raised to the application going to the relevant forum.

At this stage, Justice Kayani said, an objection related to biometrics was also raised in Imran Khan’s application. During the hearing, Awan claimed, Imran’s residence has been cordoned off and … he cannot even go to the concerned court.