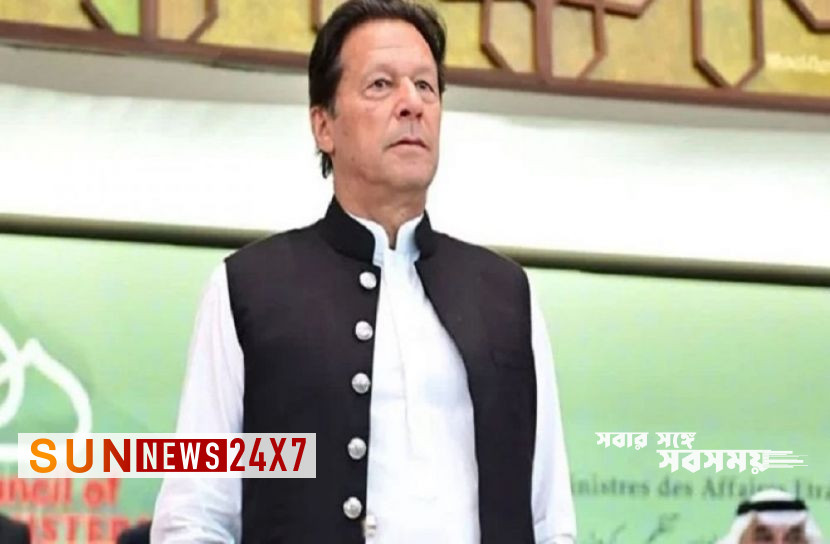 On Thursday (September 1), an anti-terrorism court in Islamabad extended the bail till September 12, granting the plea of ​​the lawyers of the former Pakistan Tehreek-e-Insaf (PTI) chairman.

Besides, the judge also ordered Imran Khan to pay 1 lakh rupees to the court to secure this bail. The order says that if Imran Khan does anything against the bail conditions by September 12, the bail will be canceled as well as the bail money will be confiscated.

According to a report of GEO TV, PTI chairman was present during the hearing of the bail application in the court like last two times.

Shahbaz Gill, a close aide of Imran Khan and a senior leader of PTI, was arrested on April 10 on a private TV channel in Pakistan for speaking against the army, the most influential part of the country’s governance. The PTI chairman was widely mobilized to demand the release of Shahbaz.

Read more: As soon as the prayer was over, the worshipers got wet

While speaking at a party rally on August 21, Imran said that if the case against Shahbaz is not immediately withdrawn and he is not released, then he will ‘see’ the IG, DIG of Islamabad Police and the judge Zeba Chaudhary in the court where Shahbaz is being tried.

Within hours of giving this speech, a case was filed against Imran Khan on charges of terrorism and incitement against the government. Two PTI lawyers, Faisal Chowdhury and Babar Awan, applied for anticipatory bail in Islamabad’s Anti-Terrorism Court on August 22 to avoid arrest in the case.

The court granted bail to Imran Khan till August 25. Imran’s lawyers again applied for anticipatory bail on August 25, the last day of that bail, and on that day the bail was extended to September 1.

Incidentally, on April 10 this year, the opposition lost the post of Prime Minister of Pakistan in a vote of no confidence in the parliament. General elections will be held in Pakistan next year. To win that election, Imran Khan is doing extensive political activities, marches and gatherings across the country.