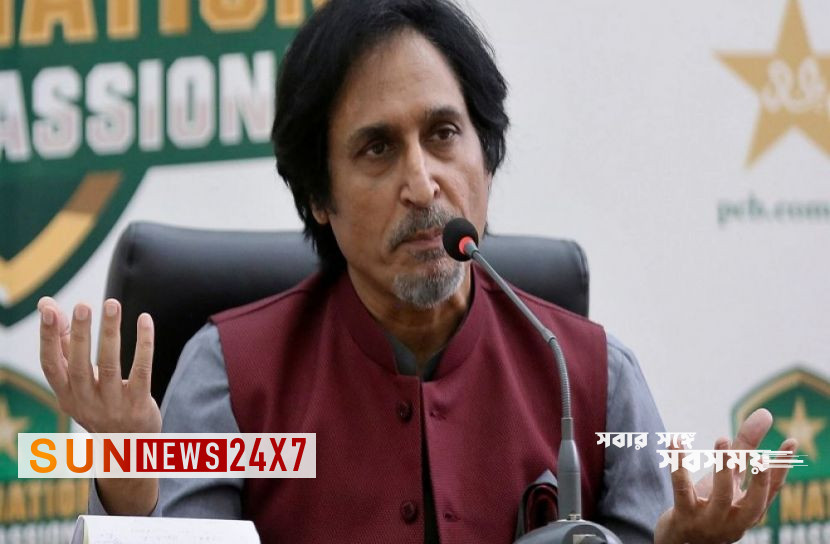 Sun News Desk: Pakistan Cricket Board (PCB) Chairman Ramiz Raja said, India had conspired to send Pakistan out of the World Cup! However, that conspiracy did not work. Because Allah is with them.

Read more: I fought in Sector 2

PCB Chairman Ramiz Raza tweeted after Pakistan reached the semi-finals. He mentioned a verse from the Holy Quran only in that tweet. He referred to the English translation of verse 30 of Surah Anfal. Which means, ‘They also plan. God also plans. And Allah’s plan is the best of all.’

After this tweet of Ramiz Raja, the Indian media thinks that it is to poke India. Because, the meaning is clear. India conspired; But that conspiracy did not work because Allah was with Pakistan. Because Allah is the best planner. Indians are seen retweeting Ramiz Raja’s tweets the most.

Among those complainants was Ramiz Raja. After India’s loss to South Africa, he questioned Rohit Sharma’s game mentality. The PCB chairman increased the controversy when Pakistan reached the semi-finals. He poked India in a different way.

On the other hand, Pakistan captain Babar Azam praised the entire team after defeating Bangladesh to reach the semi-finals. He said, ‘It is the result of team play. Cricket is really a very fun game. No praise is enough for the way our team’s cricketers made it to the last four. The semi-finals are ahead. I will start that plan from now.’

Read more: Bangladesh is a country of non-communal democracy

Even though the team won, Babar is not happy with his and Rizwan’s performance. He said that the pressure on the middle order is increasing as they are not scoring runs. Pak captain said, ‘Me and Rizwan wanted to play till the end. But unfortunately that didn’t happen. But Haris batted aggressively. Nice to see him. But now I am not thinking about my batting. I am looking forward to playing the semi-finals.