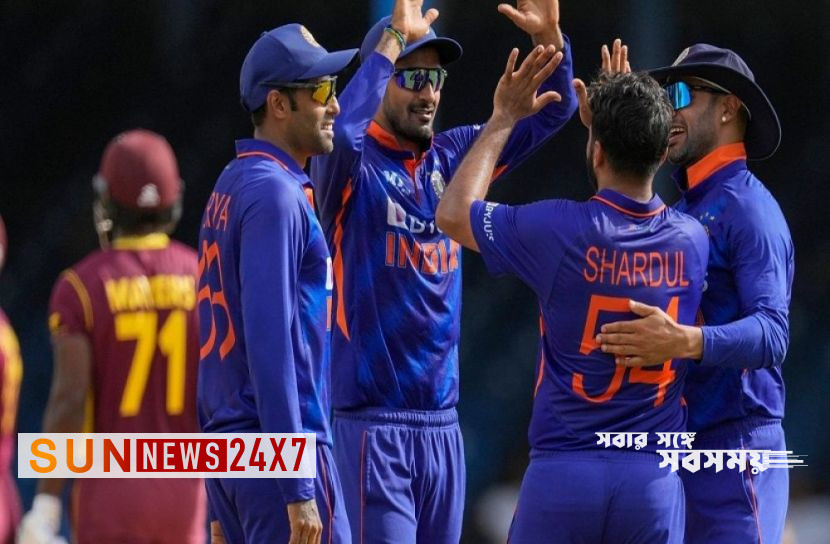 Read more: Sohan is the captain in the Zimbabwe series

But the team that was recently whitewashed in the ODI by Bangladesh could not have the last laugh. India won the match by 3 runs. With this win, India took a 1-0 lead in the three-match series.

West Indies needed 15 runs in the last over bowled by Mohammad Siraj. 4 wickets in hand. Last ball 4 needed for a tie, 6 to win. Siraj bowled a great yorker and Romario Shepherd managed to get just one run from the bye.

Romario Shepherd remained unbeaten on 39 and Akil Hossain on 32 runs in the match. Kyle Meyers scored the highest 75 runs for the Caribbean. 54 runs came from the bat of Brendan King. Shamar Brook also scored 46 runs. India’s Siraj, Shardul Thakur and Yuzvendra Chahal got two wickets each.

Earlier, after losing the toss and opting to bat, India posted a huge total of 308 runs for 7 wickets. Skipper Shikhar Dhawan did not get a century for a while, scoring 97 runs in 99 balls with 10 boundaries and 3 sixes. Dhawan was the man of the match.