India’s target of 185 runs against Bangladesh 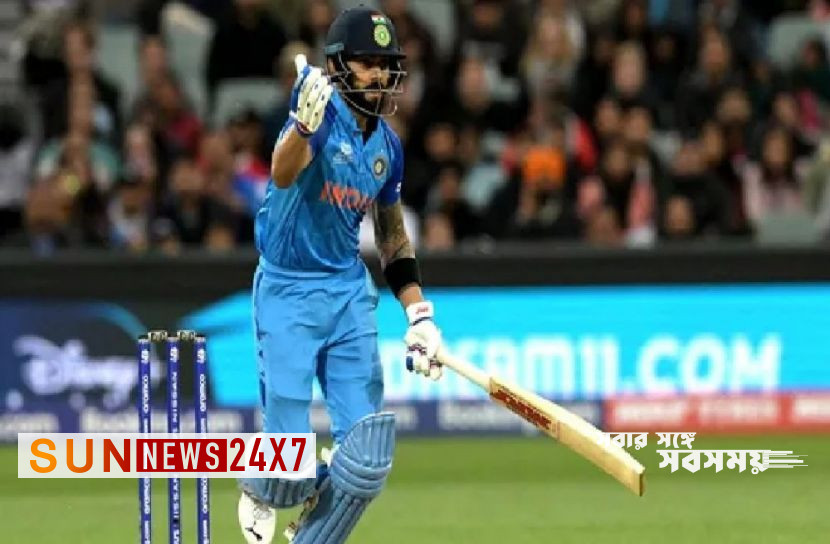 Sun News Desk: Bangladesh will face India on Wednesday in an important Super Twelve match. After the scheduled 20 overs of the first innings, India set a target of 185 runs to Shakib Al Hasan’s team.

Shakib opened the bowling innings with Taskin Ahmed. The right-arm pacer started well. India can take only 1 run in the first over. Lokesh Rahul hit Shariful for a six in the second over. 9 runs were scored in that over.

Taskin could have got the wicket after that. Rohit Sharma delivers a simple catch to the deep backward square leg boundary. But Hasan Mahmud missed the Indian captain’s catch.

In the next over, Shakib gave the ball to Hasan. And Hasan picked up Rohit Sharma on the second ball. As if the catcher atones with a great delivery.

Read more: The government is not uncomfortable

Taskin could have had a wicket next to his name. Luck didn’t help. But Taskin did a good job of keeping India’s strong batting line-up in the power play.

Shakib bowled this right-handed pacer 4 overs in 7 overs of the innings. Despite not getting a wicket, Taskin scored only 15 runs off 24 balls.

Lokesh Rahul and Virat Kohli made a 67-run partnership off 37 balls for the second wicket. Rahul completed his fifty with 31 balls. But then could not survive. Shakib spins the ball to short fine leg in the sky, Mustafizur Rahman takes the catch. Rahul had 4 sixes along with 3 fours in his blistering innings.

Read more: The UNESCO report does not prosecute the killing of journalists

Suryakumar Yadav has always been a formidable batsman. His bat was on fire against Bangladesh as well. He was aggressive from the start. Shakib Al Hasan bowled this batsman who scored 30 runs in 16 balls with 4 boundaries.

After that, Hardik Pandya couldn’t help either. He was sent back by Hasan Mahmud on the first ball of the 16th over of the innings. Hardik (6 balls 5) gave Yasir an easy catch at backward point after touching the bat on a bouncy delivery. India lost 4 wickets for 130 runs.

Kohli scored a 37-ball fifty in the 17th over. Dinesh Karthik (5 balls 7) was run out in that over of Shariful. But Kohli remains unbeaten till the end. The Indian batting sensation played an innings of 66 runs off 44 balls with 8 fours and 1 six.

Read more: The BNP leader is in exile for misdeeds

Shariful Islam alone sunk the party. This pacer was wicketless with 57 runs in 4 overs after getting a chance in the XI. Hasan Mahmood took 3 wickets for 47 runs. Shakib’s 2 wickets for 33 runs.