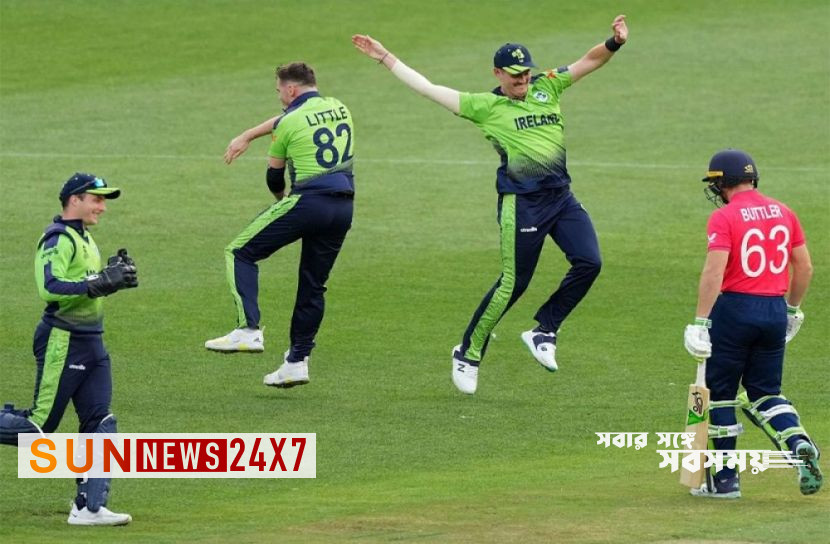 Sun News Desk: Batting first after losing the toss, Ireland were all out for 157 runs. England were not in a good position to respond. They were 105 for 5 in 14.3 overs when the rain came.

On the D/L method, the English were still 5 runs behind Ireland. In the end these 5 runs became the decider of victory or defeat.

This year’s World Cup has seen many incidents so far. Starting with Namibia’s loss to Sri Lanka. Ireland also beat the West Indies in the group stage, ringing their farewell bell. This time the Irish gave birth to another incident.