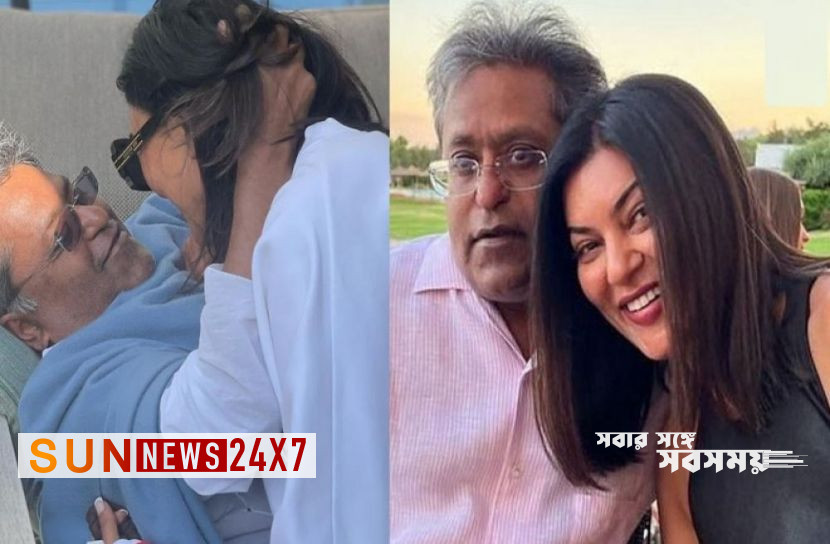 Read more: The message of the arrival of children in clothes

Not even two months have passed since then. Meanwhile, the news is flying, their love relationship is broken. Lalit Modi has changed his Instagram account profile picture from the previous picture of Sushmita-Lalit. Basically, that’s when the breakup rumors started.

Last July 14, Lalit Kumar Modi referred to Sushmita Sen as his wife in a tweet. He also posted pictures of intimate moments of the two vacationing in Maldives. In a tweet, Lalit Kumar Modi wrote, ‘Back in London from a family holiday in the Maldives, and what about half-witted Sushmita…New start, new family…in the land of dreams.’

Read more: Foreign Minister did not go to India

But in the next tweet, Modi turned back. In the second tweet, Lalit Kumar Modi said, ‘I am in a love relationship, not marriage. One day I will be tied to marriage.’ Lalit also changed his social media profile picture immediately after this post. He put the picture taken with Sushmita on his profile. And Lalit has changed that picture.

Earlier, Sushmita was in love with model Rahman Shawal. He got into a relationship with her in 2018. The actress announced their breakup in a post on Instagram in December last year. But her ex-boyfriend Rahman Shawal is seen with Sushmita again.

A few days ago, when Sushmita was doing Facebook live on her mother’s birthday, Rahman was seen behind her. Not only that, Rahman was also present with Sushmita at the premiere of the movie ‘Lal Singh Chadda’. Seeing the equation of these events, netizens are not making the mistake of matching two by two and four. In their opinion, Sushmita returned to her ex-boyfriend!

Read more: It is not possible to defeat Sheikh Hasina

Incidentally, Sushmita Sen won the Femina Miss India crown in 1994 at the age of 18 and was later crowned Miss Universe (1994). She became the first Bengali and the first Indian to be crowned Miss Universe. Although mainly known for his work in Hindi films, he has also acted in Tamil and Bengali language films. He has won several awards including a Filmfare Award for his work in the film.