Naeem Sheikh is returning to the Asia Cup 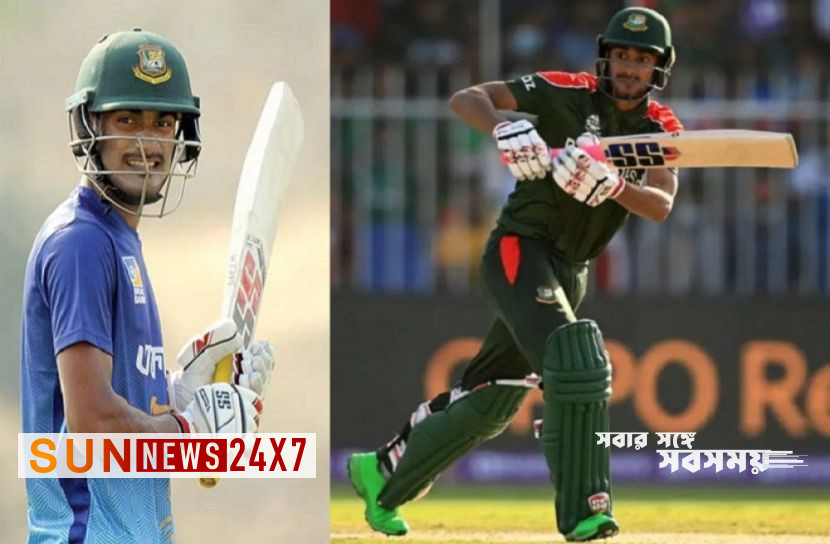 Sports Desk: Opening batsman Naeem Shaikh has been included in the Asia Cup squad. After being dropped from the team, Naeem is on the West Indies tour for the Bangladesh ‘A’ team. He also scored a century in the second ODI there.

Read more: A deep conspiracy to create a crisis has begun

The Bangladesh Cricket Board (BCB) confirmed the inclusion in its squad in a statement.

The Bangladesh team will catch a flight to Dubai on Tuesday (August 23) afternoon. Naeem Sheikh will join the team in Dubai.

The statement said, ‘Opening batsman Naeem Sheikh has got a place in the Bangladesh team for the 2022 Asia Cup to be held in the United Arab Emirates. The 23-year-old left-handed T20 batsman has played 34 international matches for Bangladesh.

Naeem, who recently toured the West Indies for the Bangladesh ‘A’ team, will join the team in Dubai next Tuesday.

A century against the Windies opened Naeem’s fortunes. After scoring zero runs in the first match, he scored 103 runs off 116 balls in the second match. This batsman reached three figures with 14 fours and 1 six. And in the last match he got out for just 3 runs.

Naeem was dropped from the team after the series against Afghanistan last March. In the beginning, there was a glimmer of hope in batting, but gradually he got stuck in the circle of failure.

There were two recognized openers in the Asia Cup squad. Along with Enamul Haque Vijay and Parvez Hossain Imon, Naeem Sheikh has joined this time.

On the other hand, pacer Hasan Mahmud and wicket-keeper batsman Nurul Hasan Sohan have dropped out of the team due to injuries. As they were knocked out, Naeem was included in the team.

Read more: The basis of Awami League is the people