Not looking at the girls game, it’s a failure 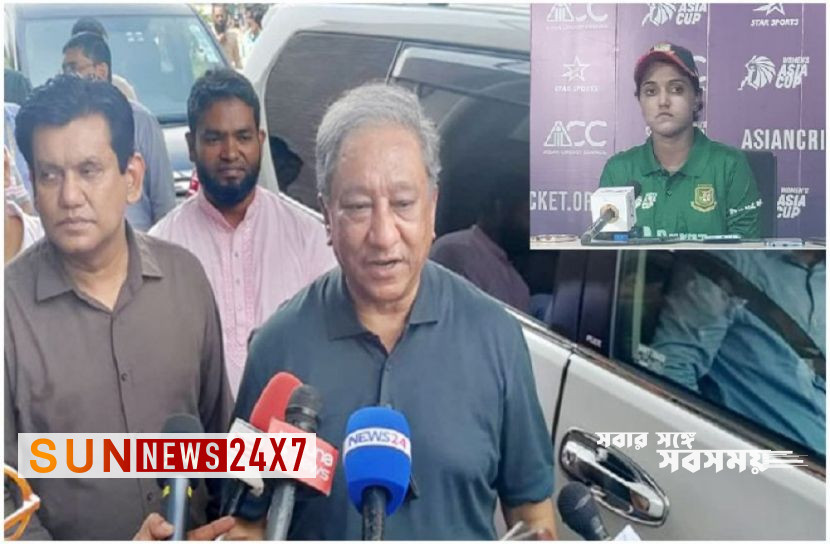 Sports Desk: Team Tigers have made a flying start in the ongoing Women’s Asia Cup. Bangladesh Cricket Board (BCB) President Nazmul Hasan Papon watched that game sitting on the field. At the end of the match, a smile of satisfaction appeared on his lips.

Read more: 5 more people lost their lives in the country

Bangladesh defeated Thailand by 9 wickets in the opening match of the Asia Cup at Sylhet International Stadium on Saturday (October 1).

Papon told reporters after the match that the girls have been playing well for a long time. But he also admitted the failure of not being able to pay attention in that way.

Nazmul Hasan Papon said, ‘The girls have been playing well for a long time. We are not looking, not looking is our failure.

Read more: The Rohingya crisis is not acceptable

Championed the World Cup Qualifiers, been there before, played World Cup qualifiers, Asia Cup Champions. They are consistently playing well.’

BCB president flew to Sylhet for the opening match this morning. After the toss, he started the Asia Cup by blowing balloons with the two captains.

He enjoyed the entire game sitting in the president’s box. BCB Chief Executive Nizam Uddin Chowdhury and Cricket Operations Committee Chairman Jalal Yunus were with him.

Read more: The death toll in Kabul rose to 35

Expressing his feelings of victory, Papon said, ‘It feels good. If we look at the world ranking, Bangladesh is probably at number 9. Then Ireland, Scotland, Thailand, Zimbabwe. These groups are of close quality.

They are a very strong opponent for us as they are a close quality team and last time they played in the World Cup. I was getting a fear for that, whether it will be a tight match or not. But the way they played, the confidence they played with is great.’