Not on the face, Stephen’s East Bengal wants to give the answer to Mohun Bagan on the field! 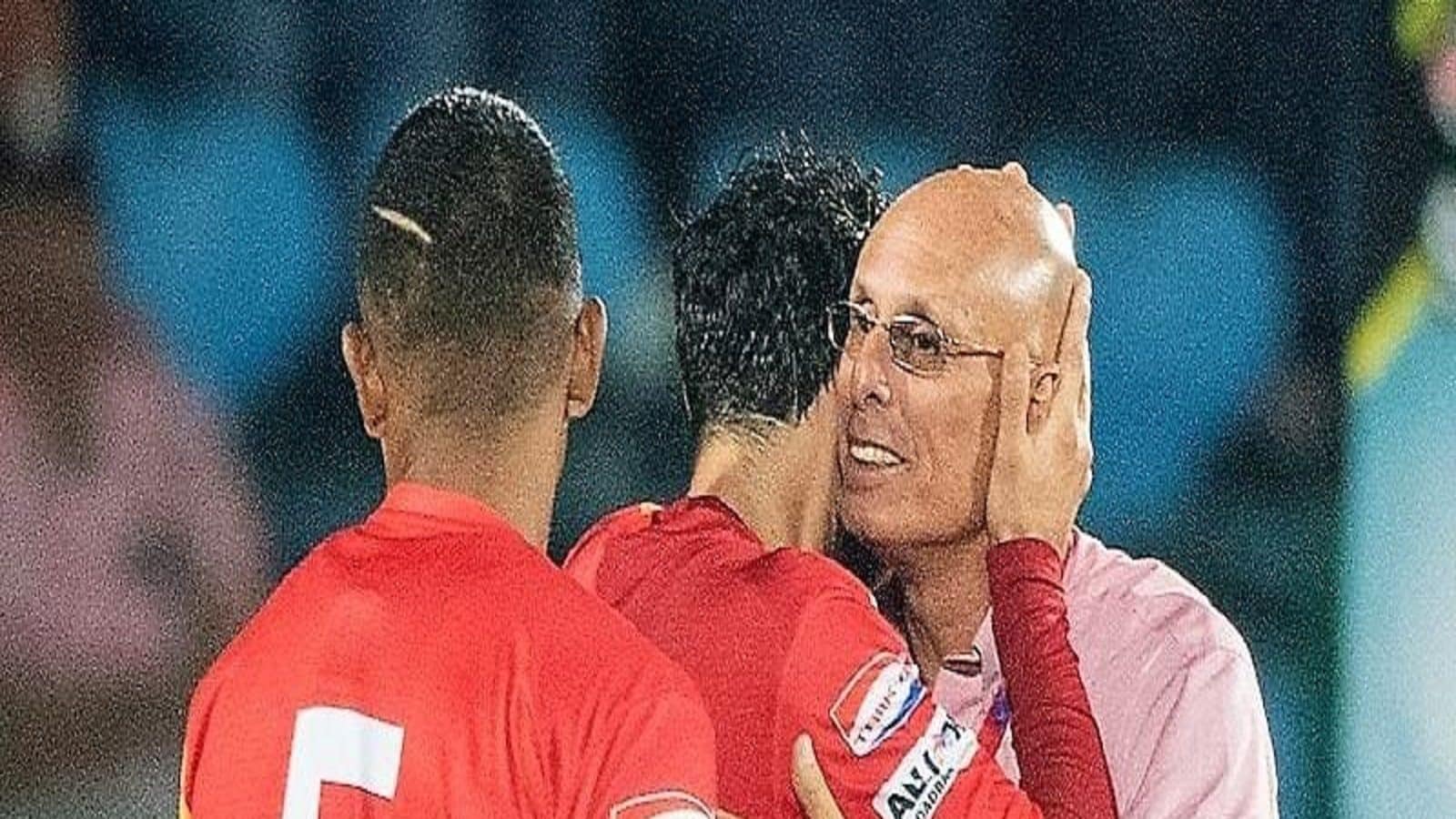 #Guwahati: Mohun Bagan and East Bengal last met in the Durand Cup at Yuva Bharati Stadium on 28 August. Exactly two months later, on October 29, the two leaders are going to meet again. In that Yuva Bharati. Two months ago by one goal victory Got Mohun Bagan. Even with a suicide goal. Despite fighting that day, Stephen’s team could not save the loss.

But two months later, East Bengal proved to be a much tougher opponent on Thursday night. Needless to say, the way Stephenor’s lads blew away North East United at their home ground will boost the morale of this team in the coming days.

Stephen said after the match, he will think about the Kolkata derby from tonight. Want to enjoy this victory for now. The important thing is that the 3 points came home. But the British coach knows how to keep his feet on the ground. Know how to control emotions. So he said that his sons did not do anything great in this victory.

The game still needs a lot of improvement. But he was happy with the way everyone fought and the team ran for 90 minutes. Roughly a week at hand. Then it has to face Mohun Bagan. ISL derby will be held in Kolkata for the first time. Earlier, all ISL derbies were held in Goa. Green maroon won all the rounds.

This time the two teams will play in front of their own audience at home. The sea of ​​people will roar in Yuva Bharati. Stephen, however, didn’t want to think that far at the moment. He advised the footballers to keep stress free. He knows the importance of this match better than many foreign coaches.

So after blowing up the North East, he just said, this time the Kolkata derby will not be one-sided. His team will be ready to put Mohun Bagan under pressure. He knows how much the fans expect. Also know that this is a match where predictions do not work.

Next Saturday against the arch-rivals, East Bengal will not have the mentality of a draw, but the goal of winning. Constantine’s East Bengal will fight for his life to prove that with courage, competition and persistence, all calculations can be changed.