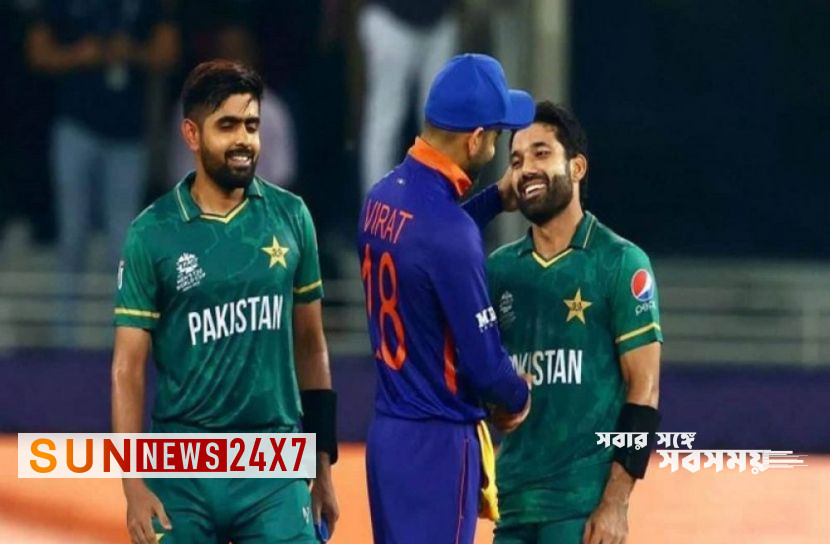 Sun News Desk: Pakistan set a target of 160 runs to India in the blockbuster match of T20 World Cup. Two openers Babar Azam and Mohammad Rizwan departed early, but they scored 159 runs for 8 wickets with half-centuries from Iftikhar Ahmed and Shan Masood.

The Indian bowlers kept the Pakistani batsmen under pressure from the start. Babar Azam’s team was never at ease when batting. However, Iftikhar Ahmed and Shan Masood gave a pair of half-centuries standing against the current.

After losing 2 wickets for 15 runs, Pakistan resisted with the partnership of Masood and Iftikhar. But they are in danger of breaking this pair of 76 runs. Iftikhar increased the run rate by hitting four sixes before departing for 51 runs. After his dismissal, Hardik Pandya’s twin strikes saw the team score 91 for 2 and lose 5 wickets for 98 runs. In the end, Shaheen Shah Afridi increased the run with Masud.

Afridi gave a return catch to Bhuvneshwar Kumar in the second ball of the last over, departed with 16 runs off 8 balls. Haris Rauf hit a six. Another 10 runs were added in the last over.

Pakistan scored 34 runs in the last three overs, losing one wicket. In that, their collection is reduced to 150.