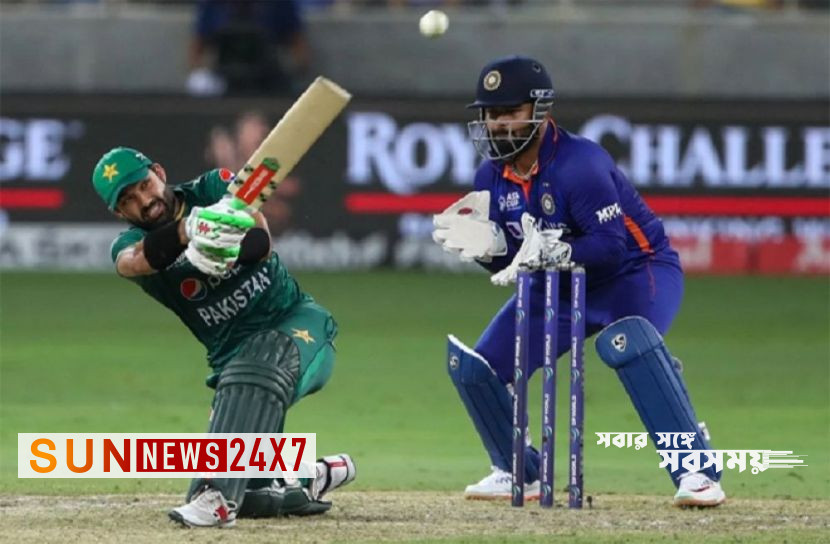 Sports Desk: Babar Azam’s team avenged the loss by coming to the last four after losing to India in the group stage of the Asia Cup. Pakistan advanced to the final after defeating India by 5 wickets in Dubai.

India batted first and collected 181 runs. In response, Pakistan lost Babar at the start of batting. However, Fakhar Zaman and Mohammad Rizwan handled the temporary disaster. After Fakhar returned with 15 runs, Mohammad Nawaz Dratu Tornado played an innings with Rizwan. When Newaz returned with 42 runs off 20 balls, the responsibility fell on Rizwan’s shoulders.

However, if Rizwan returned with a personal score of 71 runs, the hope of victory was a bit dimmed for Pakistan. However, Pakistan left the field with a victory with 1 ball to spare in the small cameos of Asif Ali and Khushdil Shah.

Earlier in the day, the way India started their innings, let alone 200, 220-225 seemed very possible. But then Pakistan took the reins. Virat Kohli, however, kept the side in check, with India capitalizing on 181 runs in Maharan’s second innings against Pakistan.

Pakistan captain Babar Azam won the toss and sent India to bat first. India started well in batting. 54 runs at the end of 5 overs. However, the team lost Rohit Sharma in the last over of the Powerplay. Kohli came to the wicket after his departure. He saw Rahul coming back. After picking up two wickets in two overs, India fell under a bit of pressure.

After that, Kohli managed the pressure a bit by forming a partnership of 29 runs with Suryakumar Yadav. After his departure, Kohli made another short partnership of 35 runs with Rishabh Pant. Pant returned with 126 runs for the team. A little later, Kohli saw Hardik Pandya also go back.

However, keeping one side, he showed India the direction of fighting runs. Then the last ball of the 18th over completed the fifty by hitting Mohammad Hasnain with a cow corner for a six.

On the other side, however, wickets were going at regular intervals. Deepak Hooda also returned with 16 runs. Kohli’s innings ended with a runout in the last over. He played an innings of 60 runs off 44 balls before returning. In the end, Ravi Bishnoi’s cameo of 8 runs off two balls and two fours helped India to score 181 runs in the innings.