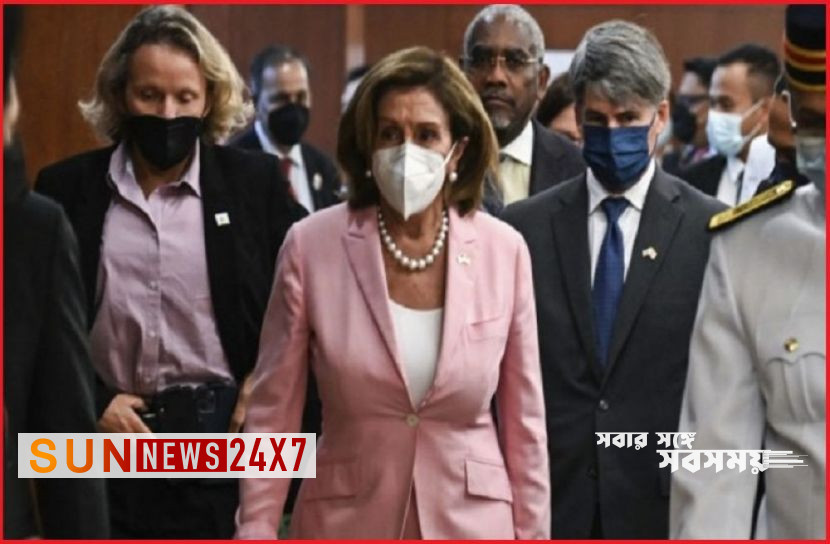 Pelosi landed in Taipei on Tuesday (August 2) night. The visit could create a serious crisis between China and the United States.

Meanwhile, the fleet of US warplanes has entered the South China Sea island nation under the pretext of its safety!

Members of the US congressional delegation including Pelosi left Malaysia for Taiwan’s capital Taipei on Tuesday night. A squadron of 13 US Air Force fighter jets flew from Japanese airfields to protect them.

According to Pentagon sources, this move is to protect the Speaker of the House from a possible Chinese attack.

Chinese Foreign Ministry spokeswoman Hua Chunyong also warned Washington about Pelosi’s visit on Tuesday. He said, ‘It has to pay a big price.’

Incidentally, this is the first time since 1997 that a top US politician is visiting Taiwan. And the Xi Jinping government has raised objections about it.

Not only airspace, but four US warships have also approached Taiwan’s territorial waters ahead of Pelosi’s visit. This list includes USS Ronald Reagan, one of the largest aircraft carriers in the world.