Personal request to end the war 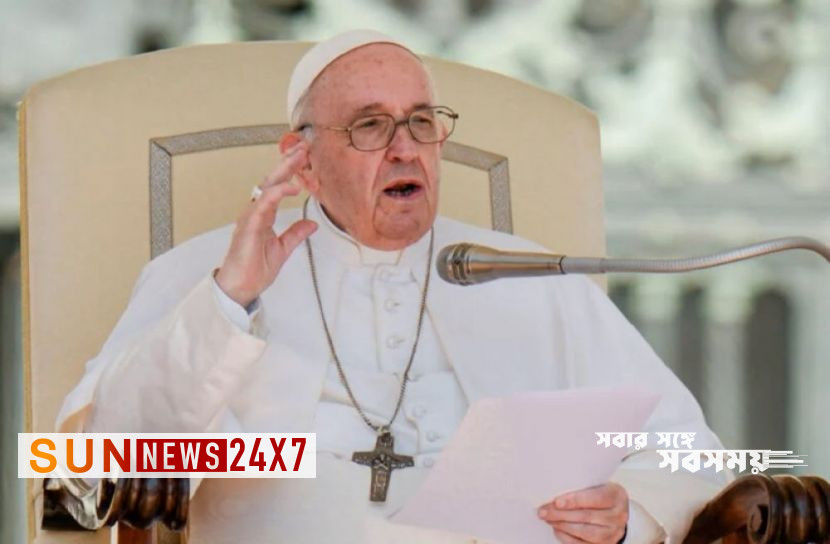 Sun News Desk: Pope Francis has for the first time directly appealed to Russian President Vladimir Putin to stop the ‘violence and death’ in Ukraine.

He said in St. Peter’s Square on Sunday (02 October), this crisis is pushing the world towards the risk of nuclear war.

In a speech dedicated to Ukraine, Francis condemned President Putin for annexing parts of Ukraine to Russia. He urged Putin to think about his people.

A Vatican official said the pope’s emotional speech was so poignant that it was reminiscent of Pope John XXIII’s appeal for peace in 1962 during the Cuban Missile Crisis. This is the first time Pope Francis has personally called on Putin to end the war since the war in Ukraine began last February.

The Pope said, ‘The river of blood and tears spilled during these months haunted him.’ Francis urged Ukrainian President Volodymyr Zelensky to be ready for any ‘significant peace proposal’.

Meanwhile, after the imposition of sanctions by the European Union, including Germany, against Russia on the Ukraine issue, the appearance of the economy of Western countries, including Germany, began to change. In contrast to the ban, the import of food grains including fuel, edible oil, gas and coal from Russia has increased, increasing the prices of daily necessities. Inflation has occurred in various countries.

The Ukraine-Russia war has been going on for more than 6 months. Recently in Kharkiv, the Ukrainian army launched a counter-resistance war. Ukraine claims that the Kremlin’s troops are retreating. Ukraine launched a counterattack on September 6. They broke the Russian defense fence in the northeast of the country.