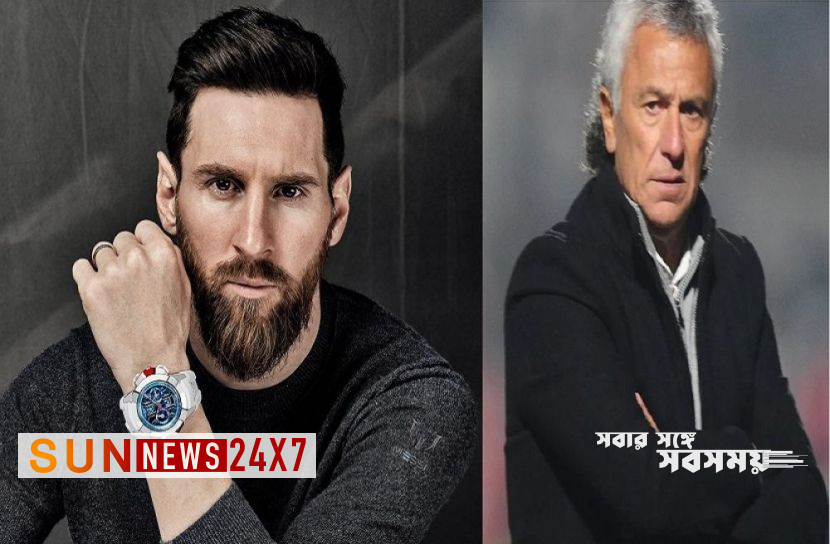 Sun News Desk: World football legend Lionel Messi, who has been mesmerizing football fans with his foot magic for a long time, has earned the title of one of the best footballers of all time. Messi, the son of numerous records, has already achieved success for the club, but the desire to win something for the country was waiting to be fulfilled.

Read more: Cooperation is needed to control the situation

Last year’s Copa America and this year’s Finalsima ended a 28-year title drought, bringing joy to the Argentine people. Pipo Jarosit, the former Argentinian footballer who recently won the Copa America, wanted to marry him while describing his feelings for the living legend! Pepo, a member of Argentina’s 1993 Copa America winning team, praised Messi in an interview with ESPN. “He (Messi) is my only role model in football,” Pipo said in the Sports Center event. I like him very much. For me he is ideal son in law, ideal son, ideal brother, ideal friend. I can marry her anytime.’

Pipo, the midfielder of the 1993 cup-winning team, is now the coach of Argentinian club Gimnasia La Plata. The 58-year-old footballer played 19 matches in Argentina’s jersey from 1989 to 1997. Pipo has a glimpse of something ‘other’ behind Messi’s name not being on the shortlist for this year’s Ballon d’Or, ‘Many interests play a role in the nomination. It’s very difficult.’

Messi was a shadow of himself in his first season at PSG. In the entire season in the league, he only scored 6 goals with the ball on his feet. And the changed criteria for the Ballon d’Or only takes into account Messi’s PSG performances. Achievements such as last year’s Copa America win remain outside the scope of the changing criteria. And that’s why after 16 years, the name of the most Ballon winner was omitted from the short list of this award.