Put away the phone and enjoy life 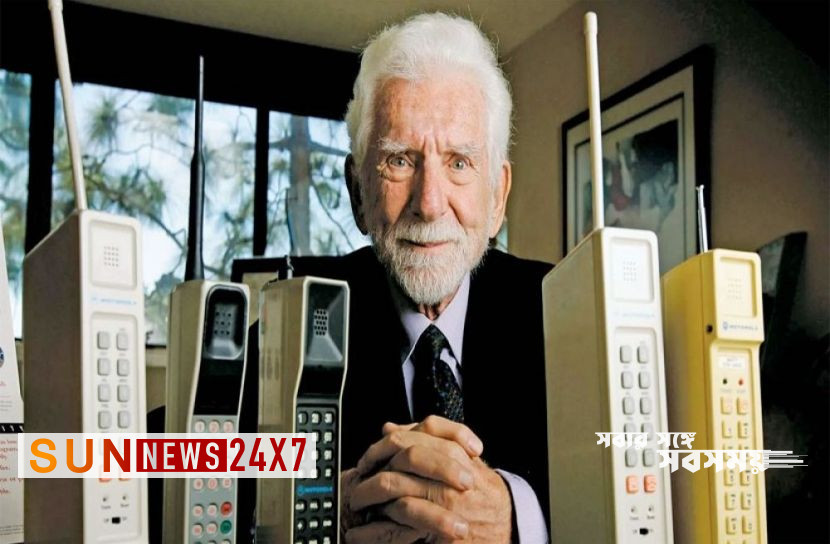 Sun News Desk: Martin Cooper, the inventor of the wireless device, advised to reduce the excessive use of mobile phones and enjoy life. He stirred up the whole world by inventing the first ‘wireless phone’. This has been said in a report of BBC, Daily Mail.

Read more: Prime Minister with his family at Padma Bridge

In the seventies of the last century, the journey of the smartphone of today’s era began with the mobile phone named ‘Motorola Dynatack 8000X’.

Martin Cooper, one of the inventors of the mobile phone, said that he uses his smartphone less than 5 percent of the day. 93-year-old Marty Cooper said, ‘If you want to enjoy life, you need to reduce the use of mobile phones.’

In an interview given to the BBC, Martin Cooper said these things in response to the presenter saying that he spends five hours a day on his mobile phone.

Interviewer Jayne McCubbin asked Martin Cooper, what would you say to someone like me who uses the phone for up to five hours a day?

Expressing surprise at this time Cooper said, really? Do you really spend five hours a day behind the mobile phone? Then he said with a cheeky smile, enjoy life a little.

Martin Cooper, a resident of Chicago, USA, later said that he himself uses his smartphone less than 5 percent of the day.

In 1954, Martin Cooper first worked for the Teletype Corporation before starting work for Motorola. He first contributed to the invention of various items in portable police radio systems with a firm.

Car phones, which were connected to the automobile’s battery and made outgoing calls through radio channels, rarely worked, the Daily Mail reported. However, its use began to increase in the 1970s. Nevertheless, Martin was the first to bring a portable phone to market.

Inventor Martin Cooper made the first mobile phone call on April 3, 1973. Recalling that day, he said, ‘The phone weighed two and a half pounds and was 10 inches long. One charge could talk for 25 minutes. And it took 10 hours to charge.