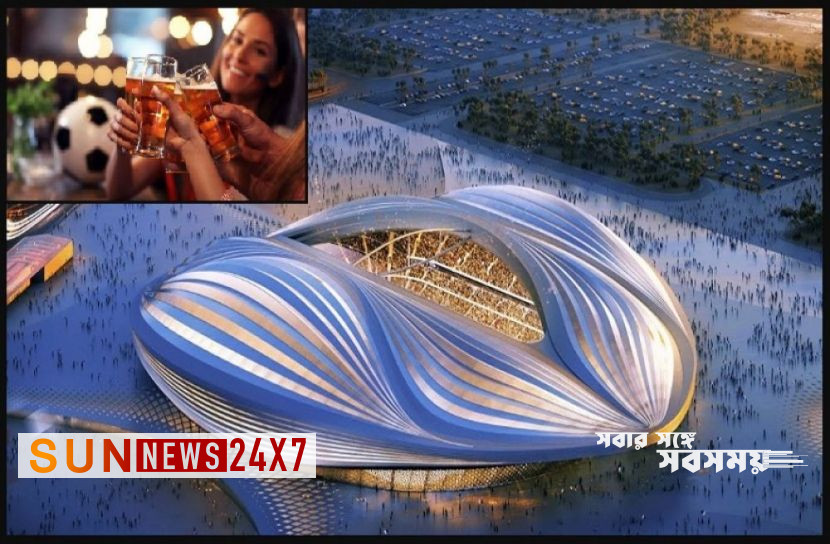 Sports Desk: There are only two days left for the World Cup to be held in the desert country of Qatar. When all the preparations for this grand event are at an end, the royal family of the country wants to impose a new ban. The country’s government wants to completely ban alcohol in major World Cup stadiums.

This is the first time in the history of the football world that a Muslim country in Asia is hosting the World Cup. As the host country, Qatar is a Muslim country, the country has various religious restrictions.

In Qatar, foreign tourists are allowed to consume alcohol in some of the country’s licensed restaurants, but Muslims are strictly prohibited.

However, on the occasion of the World Cup, Qatar relaxed the rules in several respects. The sale of beer in the stadium was also approved.

But at the last moment, the country’s royal family has bent down. The Qatari royal family is pressuring FIFA to ban the sale of beer in stadiums.

FIFA (Federation International the Football Association) is the most troubled by such a decision of the Qatari royal family.

Because ‘Budweiser’, the company that has permission to sell beer in the stadium, is a big sponsor in this World Cup. Now in this last minute incident if they don’t want to invest money in the World Cup, then FIFA will have to face a huge financial loss.

However, no official statement has yet been received from FIFA in this regard. According to media reports, the international governing body of football will hold talks with the Budweiser company.

However, experts believe that it will not be possible for FIFA to legalize beer by pushing the ban of the Qatari royal family.

There was widespread criticism of Qatar as the host country of the World Cup from the beginning. In particular, several countries in Europe and America strongly opposed hosting the World Cup in Qatar.

Read more: Enchanted teammates with the magic of Neymar!

The then FIFA president Sepp Blatter also called Qatar a wrong decision to host. Such a decision of the royal family can add ghee to that criticism.

However, despite all this, Qatar is progressing little by little on the way to the successful hosting of the World Cup. On the next 20th, the curtain of the World Cup, famous for the greatest show on earth, will rise with the match of Ecuador against the hosts.