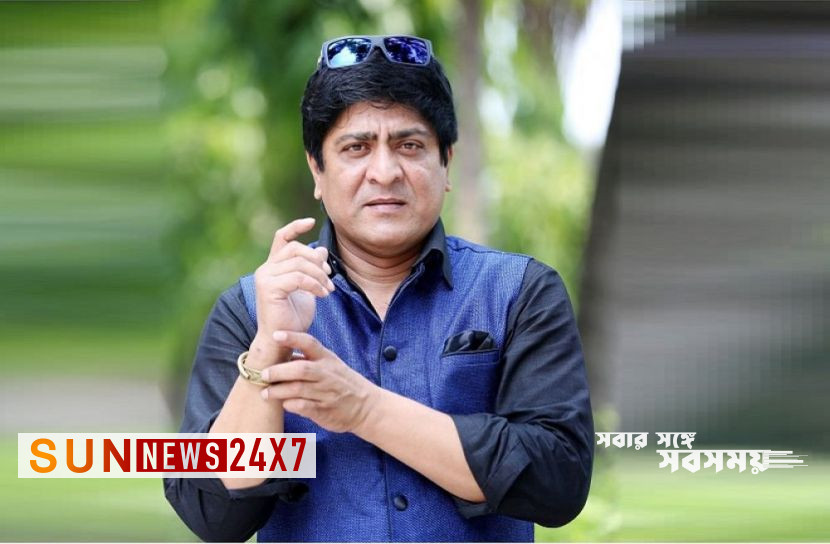 Entertainment Desk: Versatile actor Amit Hasan’s career journey began as a hero in the Bengali film world. He also gained recognition and popularity as a hero. He has acted as a hero for more than two consecutive eras.

He is capable of establishing himself in acting any character. In this continuation, he also got success as a villain character actor.

Not only this, this talented actor has written his name as a director and lyricist in addition to acting and producing.

Khandkar Saifur Rahman (Amit Hasan) was born on September 9, 1968 in a noble Muslim family of the traditional and famous Baniyara village under Mirzapur police station of Tangail district.

He is the eldest among 5 siblings. Mother- Mosammat Maliha Rahman and Father- Khandkar Saidur Rahman (Mathan). One of his girlfriends gave him the name ‘Amit Hasan’ while studying in college.

Amit Hasan’s father Khandaker Saidur Rahman was an accomplished footballer, cultural personality and electrical enthusiast of Tangail during his school days and later.

His grandfather Khandaker Azizur Rahman Hira (BA, BL Advocate) was a practicing lawyer in Greater Mymensingh District. He was loved and well known by the poor clients of the village as an able lawyer and a kind man of the then Tangail sub-division.

During the British period, he was the first among the Muslims to build a two-storied building named “Baniara Lodge” in Tangail Town. He was nominated as an honorable member of the Greater Mymensingh Zilla Parishad. He was elected two times as the Chairman of Tangail Municipality by the majority Hindu vote after defeating Giren Chowdhury, the zamindar of Mahera. He was the Chairman of Tangail Municipality.

In 1986, Amit Hasan got involved in Bangladeshi films through the ‘New Faces’ competition.

He made his silver screen debut in 1990 with the movie ‘Chetna’ directed by Chatku Ahmed. At that time he was working in films under the name of Saifur.

Saifur Rahman changed his name to ‘Amit Hasan’ in the film ‘Amar Sangee’. He made his silver screen debut as an actor with “Jyoti”.

He first acted as a solo hero in Manowar Khokon’s Jyoti and got success with this movie ‘Jyoti’. After that he never looked back.

In this decade, he made Last Address, Jiddi, Abid Hasan Badal’s Rebel Lover (1996) and Tumi Jor Tumi (1997), hero Raj Razzak’s father Ken Chakar (1997), artist Chakraborty’s colorful Ujan Bhati (1997), Motaleb Hossain’s Love House (1998). He acted in films. Apart from this, he gave one after the other commercially successful films like ‘Aatmasat’, ‘Atmatyaga’, ‘Tumi Thor Tumi’, ‘Hingsa’ and ‘Bhulona Amay’. Actress Moushumi, Shabnoor, Shahnaz and Popi acted opposite him in these films.

Amit Hasan’s wife’s name is Lavanya. He has built a happy family with his wife Labanya. He is the father of two daughters. The elder daughter is Lamisa and the younger daughter is Samantha.

This talented actor has acted in almost 300 films in his long career of almost 35 years with hard work, skill, competence, concentration and love of fans. Currently, this popular actor is focusing on production as well as acting.

In 2008, Amit Hasan signed up as a producer and established a production company called Teleview. The first film produced from this company was “Ke Apon Ke Par”. The film directed by Shaheen-Suman was released in 2011. It starred himself in the lead role and opposite Apu Biswas.

Besides, Alamgir, Babita, Mizu Ahmed, Misha Saudagar etc. also acted in the film. Alamgir and Babita won the National Film Award for Best Supporting Actor and Actress for their performances in the film.

Amit Haasan is currently focusing on acting as a villain. In 2012, he acted as a villain for the first time in Shaheen Suman’s first FDC-centric film, Bhalobasaar Rong, produced digitally.

He won the Bacchus Award in the Best Supporting Actor category for his role as Tufan in this film.

In the beginning of 2016, the horror film Mayabini directed by Shafiq Acharya was released. She played the role of Maya in it. His Nawab, Boss 2 and Polity released this year on Eid-ul-Fitr.

She was first seen acting opposite Calcutta actor Jeet in Boss 2 directed by Baba Yadav. In this film, he played the role of Bangladeshi businessman Prince Shahnewaz.

Amit Hassan served as the General Secretary of Bangladesh Film Artists Association from 2015 to 2016.

He served as the president of Bangladesh Film Club in 2020.

This talented actor writes poems and songs in his free time. He wrote about 50-60 poems. He has also lip synced to hundreds of songs.

About his illustrious career, this popular artist says,

“I am an artist. An artiste should be proficient in playing all kinds of characters. ‘