Rituparna who was seriously injured 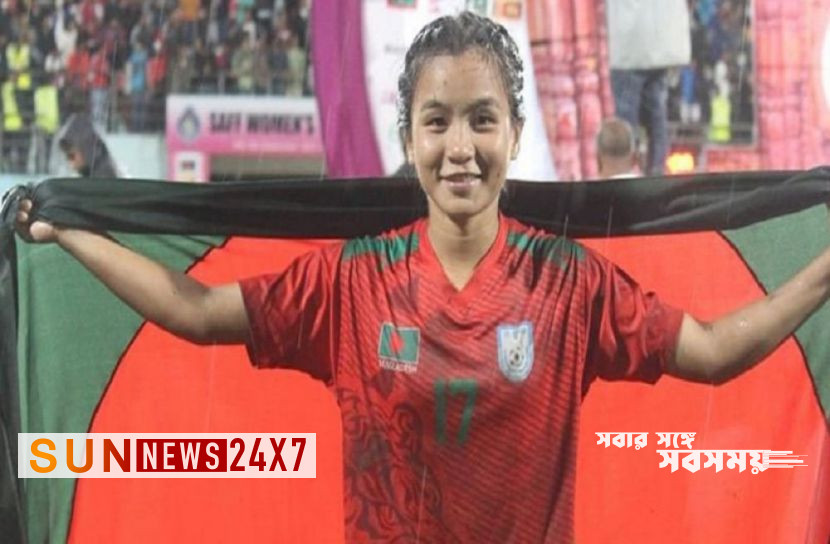 Sports Desk: Women’s footballer Rituparna Chakma’s head was severed when she hit a roadside billboard while traveling from the airport to Bauffee Bhavan in an open-top bus to celebrate the victory. He was immediately taken down from the bus and sent to the Combined Military Hospital – CMH.

Read more: We don’t count anyone out

It is known that Rituparna had to get eight stitches on her head. However, he was not admitted to CMH. After stitching the cut and first aid, he was sent by ambulance to Bauffe Bhavan.

Women’s team manager Amirul Islam Babu said that one side of Rituparna’s head was cut off. After first aid, he was sent to BFF building by ambulance. Bafuf has his own doctor there. Further treatment will continue under their management.

Rituparna’s teammate Tahura Khatun said that Rituparna is fine. Even though he was in the ambulance, he was not in a condition to come from lying down. is sitting After stitching the cut in the head, the bleeding has stopped.