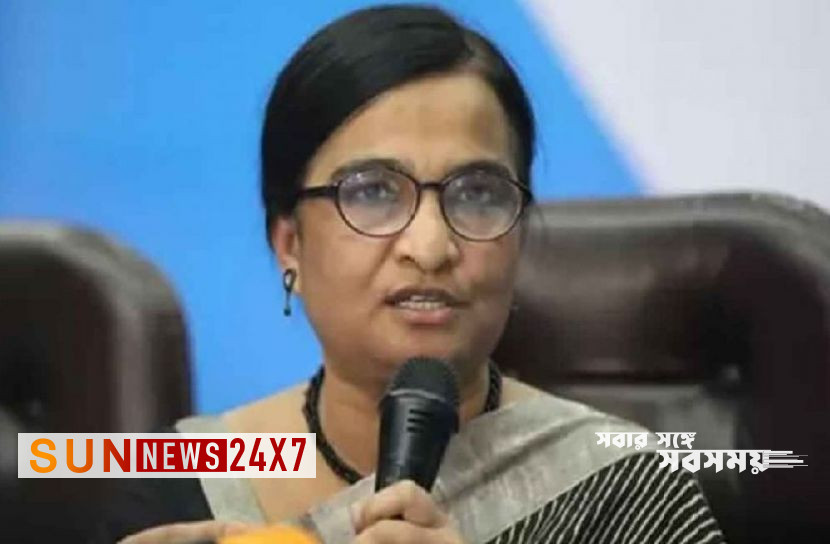 Read more: A’League is in power by people’s vote

He gave this information to the media on Thursday (August 25) afternoon. Abul Bashar Mohammad Khurshid Alam said that Dr. was admitted to the hospital in Singapore with various physical complications. Mirzadi Sabrina Flora is still alive.

The same information was confirmed to the media by the newly retired Chief Scientific Officer of the Institute of Epidemiology, Disease Control and Research. ASM Alamgir Hossain.
Mirzadi Sabrina

Abul Bashar Mohammad Khurshid Alam said, ‘Sabrina Flora’s physical condition is as before. He is still in the intensive care unit (ICU). The news about his death is not true.

Dr. scientific officer. ASM Alamgir Hossain said, ‘We are always in touch with Upper’s (Sebrina Flora) family. There was no change in the situation. Still kept on ventilation. But the situation is somewhat critical. we pray His stomach, kidneys, heart and lungs are working.’

Read more: The United States will give shelter to Rohingya refugees

According to the sources of the Department of Health, Sabrina Flora suddenly fell ill when she went to Cox’s Bazar at the end of last month. Later he was admitted to the United Hospital of the capital. He was taken to Singapore on August 7 as the condition did not improve there. Flora had surgery to fix her pancreas and gallbladder. Then complications arise in the kidneys. Heart problems increase during dialysis. Later he was taken on life support. He is still there.

Incidentally, Sabrina Flora is the former director of the government’s Institute of Epidemiology, Disease Control and Research (IEDCR). Later became Additional Director General of Health Department. In the last two years, Coroner has been responsible for informing the media about the situation as a representative of the Department of Health. After that he became known among people of all classes of professions in the country.