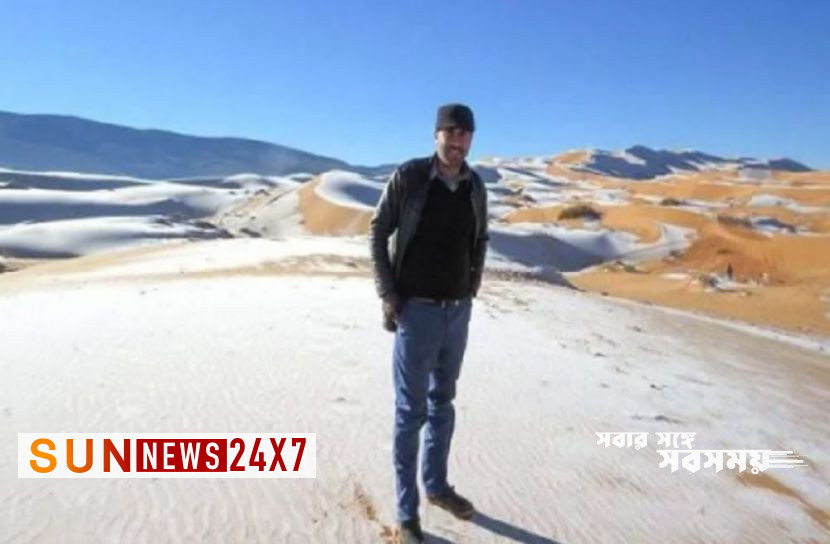 International Desk: Climate change has unbelievably covered Africa’s Sahara desert in ice. It has created a charming scene of snow falling on the desert chest

According to a report by the British media Daily Mail, the rare sight of the snow was captured by the camera of local photojournalist Karim Bouchetta from the city of Ain Sefra in northwestern Algeria.

It is known that the city of Ain Sefra is known as the gateway to the Sahara. The city is surrounded by the Atlas Mountains, which are over 1,000 feet above sea level. There has been snowfall before.

Incidentally, the Sahara desert is located across most of North Africa. Snow is very rare in this desert. Because the air here usually does not contain enough water. However, the desert climate becomes much cooler at night.