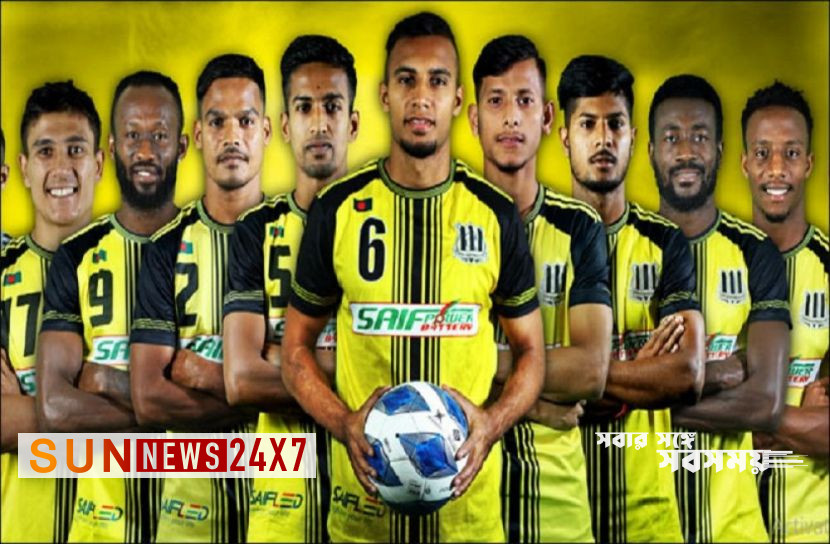 Sun News Desk: Saif Sporting Club Limited has decided to withdraw from all types of football in Bangladesh Premier Football League. By withdrawing themselves, they have also informed the country’s football governing body, FIFA.

Read more: wants to remove me

Regarding the decision to wind up suddenly, Managing Director of Saif Powertech Tarfdar Ruhul Amin said, “I am not associated with Saif Sporting Club in that way. Saif Power’s Board of Directors meeting has decided not to stay in football.

The managing director of Saif said that the return was not commensurate with the amount of expenditure. National football is not affected in that way. In addition to this, the group is also busy with commercial work. Team management requires a lot of time. Giving time is also becoming difficult on the part of the group.

Read more: I will not say illegal, it is black money

He also said that the group’s decision is to take a temporary break from all football-related activities. In the future, under favorable circumstances, he may come back to football.

The club finished fourth in the Premier League for the first time in the 2017-18 season. Each time the club was in the top five in the league by building youth teams and bringing in foreign coaches. The club was fourth in the 2018–19 season, fifth in the abandoned league in 2020.

After finishing fourth in the last league, the team finished third for the first time under Argentine coach Diego Andres Cruciani. This is their highest Premier League achievement.