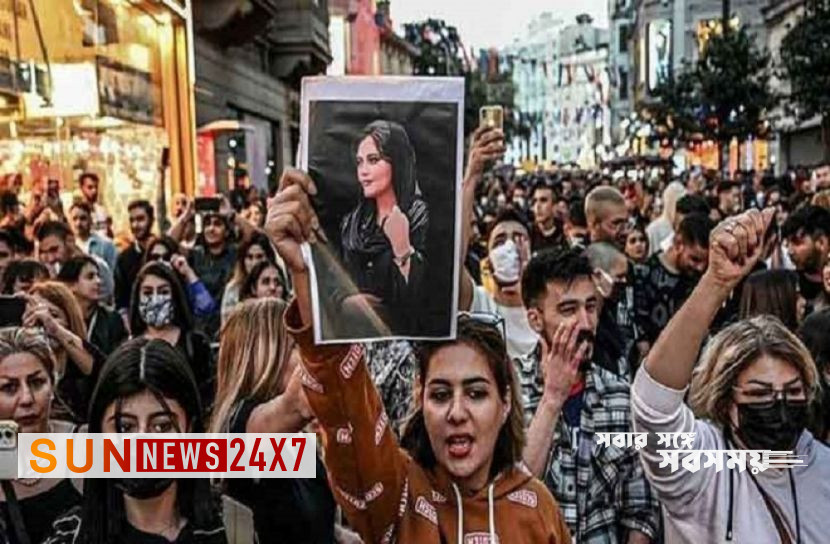 International Desk: The Biden administration has imposed sanctions on more than a dozen Iranian officials. The US has imposed the ban after the ongoing protests across the country were severely suppressed over the death of Iranian female protester Mahsa Amini in police custody.

On Wednesday (October 27) these officials were blacklisted by the United States. News from AFP.

Norway-based human rights group Hengo said security forces opened fire on thousands of protesters marking the 40th anniversary of Mahsa Amini’s death. It is said that the ban has been issued after this.

The list of US sanctions includes the intelligence chief of the Islamic Revolutionary Guard Corps, Mohammad Kazemi, the governor of Sistan and Baluchistan province, Hossein Modares Khiyabani, an officer of the Islamic Revolutionary Guard Corps (IRGC), the police chief of the city of Isfahan. Besides, there are seven national and regional level prison officials in that list.

Apart from this, two more officers of the Islamic Revolutionary Guard Corps (IRGC) are on the blacklist.

The U.S. Treasury Department said Kazemi has violently repressed popular protests in Iran since becoming head of the IRGC’s intelligence agency in June. The IRGC and its Basij members used lethal weapons against the protesters.

The United States blamed Khiyabani, the governor of Sistan and Baluchistan, for the killing of 80 people by security forces on September 30 in Zahedan area, the capital of Balochistan province.

The US Treasury and State Departments have imposed sanctions on two Iranian intelligence officials. The two officials are accused of being involved in the training, recruitment and censorship of the Internet by the Iranian government.

Read more: No toll without terminal

Meanwhile, the country’s supreme religious leader, Ayatollah Ali Khamenei, accused the United States and Israel of fueling the protests that are burning across Iran surrounding the death of Mahsa Amini in police custody. Khamenei first opened his mouth about the protest on Monday.