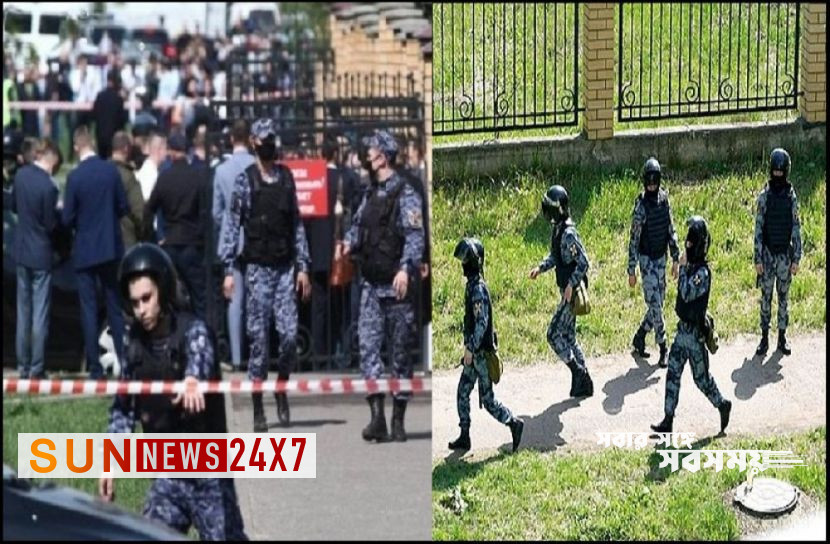 International Desk: The death toll from a gunman’s attack on a school in the central Russian city of Izhevsk has risen to 13. Seven of them are students.

A gunman carried out the attack in the central city of Izhevsk. Ambulances and security officers arrived at the scene shortly after the attack, Al Jazeera reported.

However, the exact reason for the attack is still unclear. The gunman shot himself dead shortly after the attack.

At the time of this terrible attack, there were about 1,000 students and 80 teachers in the city school, BBC reported.

Several videos of the incident have been posted on various media outlets. They are believed to be kept inside the school where the attack took place. A bullet hole was seen in the school window and children cowered under desks.

A video showed blood on the school floor. According to a report by Tas News Agency, the assailant may have had two pistols.

The school is located in the very center of the city of Izhevsk. The population of that city is about 650,000. Students and teachers have already been evacuated from the school.

Russian officials said a total of 13 people were killed in the attack, including two security guards, two teachers and seven children. However, the identity of the attacker is yet to be known. But he is said to be a former student of that school.

The investigation committee posted a video after the attack. It shows the attacker, wearing a T-shirt with Nazi symbols and a balaclava mask, lying on the floor.

A local MP said the attacker’s name was Artem Kazantsev. The regional head of the region has declared mourning till September 29.

Meanwhile, President Vladimir Zelensky said he was deeply saddened by the attack.