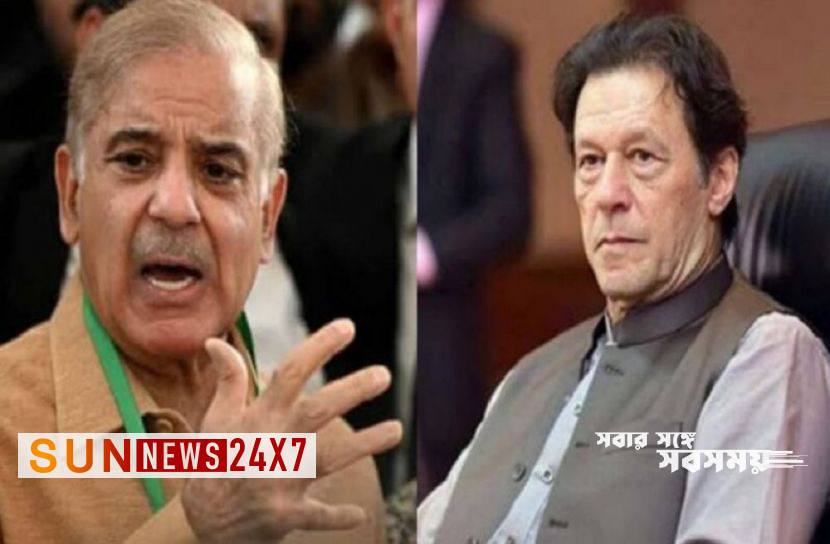 Sun News Desk: Pakistan’s former Prime Minister Imran Khan has been disqualified from elections for five years by the country’s Election Commission. This has been said in a report of Dawn.

Read more: Dengue fever has the highest number of hospitalizations

The Election Commission of Pakistan has disqualified him from the election for five years after finding him guilty in the Toshakhana case of false statement and false declaration.

Shehbaz Sharif made these comments at a press conference in Lahore along with Pakistan’s Law Minister Azam Nazir Tarar and adviser Ataullah Tarar.

In Pakistan’s much-contested Toshakhana case, Imran is accused of selling valuable gifts from abroad during his tenure as prime minister. The Election Commission of the country has banned Imran from all public posts for five years based on this complaint. As a result, he also lost his membership in the lower house of the country’s parliament, the National Assembly.

On Imran Khan’s disqualification, Pakistan Prime Minister Shehbaz said his predecessor had proved to be a ‘certified liar and thief’. This is not a moment of happiness, but a reflection of action, he warned.

Shehbaz Sharif alleged that Imran Khan came to power after ‘the most scandalous rigging’. The PTI chief claimed that the money would go to the exchequer after all state gifts are sold through auction.

Stating that Imran Khan has dishonored Pakistan, Shehbaz Sharif said, “The nation would have saluted you if the money from the sale of state gifts was deposited in the exchequer.” Even though I am your political opponent, I would have saluted.

Comparing himself to the PTI chief, Prime Minister Shehbaz said he had received a letter from the Cabinet department saying he could buy state gifts by paying a certain amount. I replied to that letter, no thanks. I deposited that gift in Toshakhana.

Last August, Mohsni Nawaz Ranjha, a member of Pakistan Muslim League-Nawaz (PMLN), the largest partner of the ruling coalition government in Pakistan, filed a case against Imran. In the complaint, it was said that the former Prime Minister bought gifts from foreign dignitaries from the Rashtriya Toshakhana but did not mention them in the asset declaration submitted to the Election Commission.

Later in the hearing, it was said from the judge bench that Imran Khan and his wife Bushra Bibi had failed to give the correct list to the Election Commission of the gifts received from foreign and domestic governments and heads of state, ministers and high-ranking officials during the tenure of the Prime Minister of Pakistan. The bench also mentioned that there was evidence of massive corruption in these gifts.

Later, Imran’s party informed that they will fight a legal battle against this decision. Imran’s lawyer Ali Zafar said in the election commission hearing that the PTI chairman has sold four gifts received from foreign leaders. But their receipt is given in income tax return.