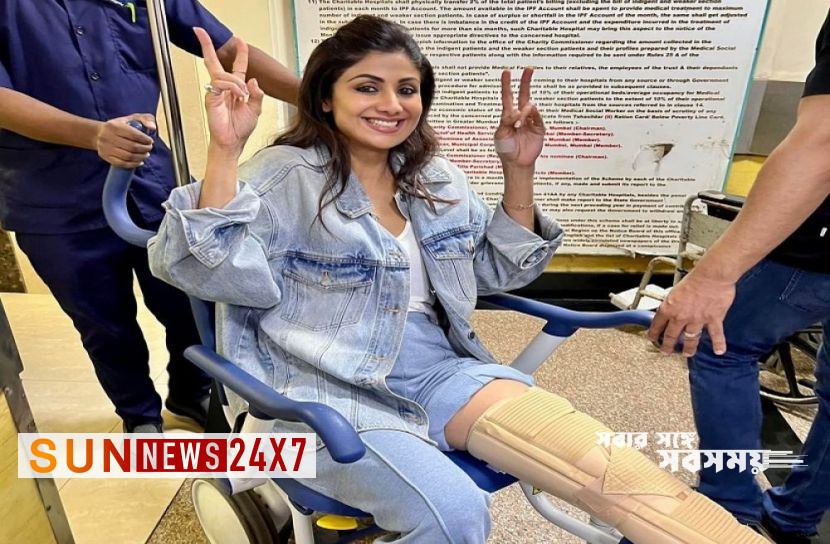 Sun News Desk: Shilpa Shetty met with a major accident during the shooting. The actress herself told this information on Instagram. In the picture, Shilpa is sitting in a wheel chair with a plaster cast on her broken leg and wearing a crop belt. She is smiling at the camera.

He shared a picture of himself in which he was seen in the hospital. , despite the pain, he has a smile on his face.

Taking to Instagram with the photo, the actress captioned it, ‘She said, light…camera…action…broke my leg…and I really did it. Can’t shoot for six weeks now, but now I’ll come back stronger and better. The shooting was going on in Goa.

Rohit Shetty has always surprised everyone in the frames of action-packed films. Recently the director shared a video of an action scene from his first web series. Rohit’s police serial OTT debut with Shilpa.