Sohan is the captain in the Zimbabwe series 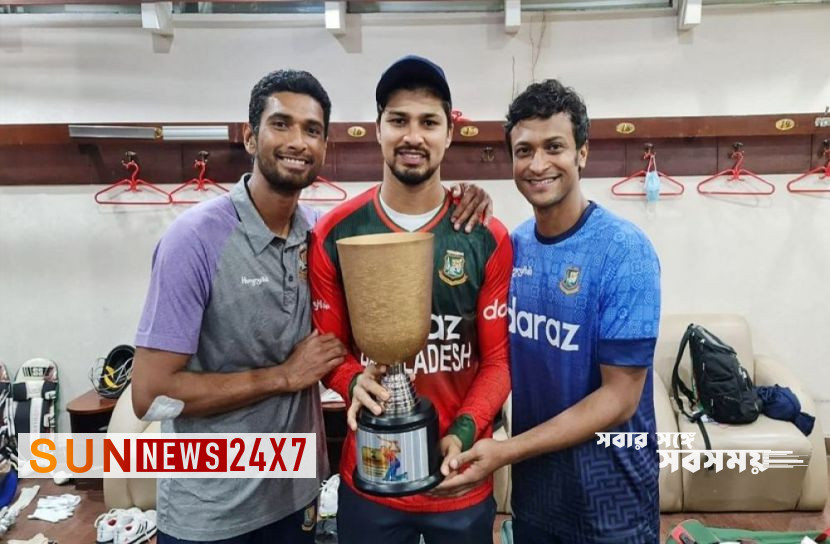 Sports Desk: The Bangladesh Cricket Board (BCB) has named wicket-keeper batsman Nurul Hasan Sohan as the captain for the upcoming tour of Zimbabwe in Bangladesh’s T20 series. And the team’s regular captain Mahmudullah Riyad has been rested.

BCB Cricket Operations Committee Chairman Jalal Yunus confirmed the matter in an official press conference after a meeting at a hotel in Gulshan on Friday (July 22).

On the other hand, Shakib Al Hasan and Mushfiqur Rahim are also not staying in the T20 series against Zimbabwe.

The selectors and board leaders sat for the first round of talks with Mahmudullah Riyad after returning from Windies. In a second round of discussions on Friday, the BCB decided to rest Riyad for the time being. Whether he will lead the team in the T20 World Cup will be decided later.

Bangladesh cricket team will fly to Zimbabwe after a few days. There they will play 3 ODIs and T20Is against the hosts. The series will start with T20. The first match is on July 30. The second match the next day and the third and final T20 on August 2.