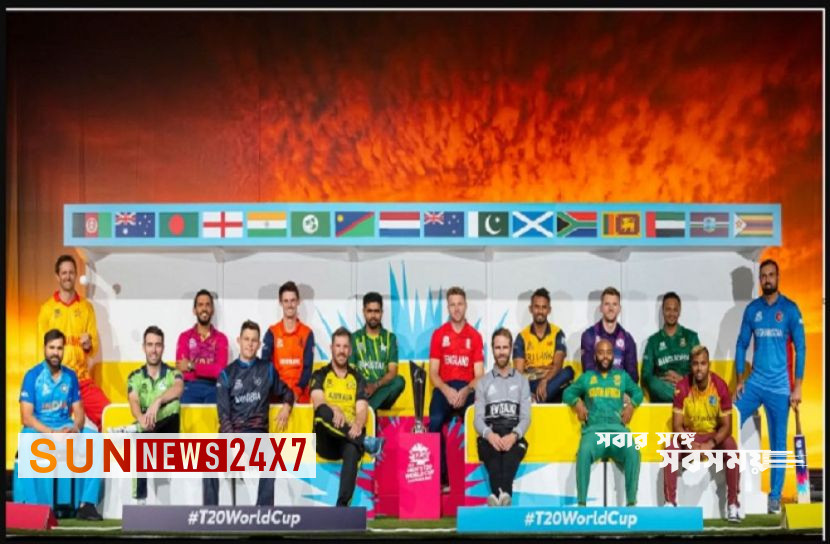 Sports Desk: 16 countries of the world will fight for a title in 45 matches in seven venues. I was talking about T20 World Cup-2022.

On Sunday (October 16), the curtain rises at Kardinia Park in Geelong. And the curtain will come down at the MCG in Melbourne on November 13.

Who will win the title? Whose hands will adorn the shiny silver trophy? The fight is starting for this trophy.

The T20 World Cup was held in two phases with a total of 16 teams divided into two groups. As usual, this huge tournament of four-sixes dhoom-dharakka cricket is being played on the field with the same rules.

The first phase of the fight will basically start from Sunday (October 16). And it will continue till October 21. A total of 12 matches will be held in this phase. 8 teams will participate. They will be divided into two groups and play in round robin league system. The top two teams from the two groups will advance to the next round.

The next round is called the main World Cup and the main stage. The clothing name is Super Twelve. In the last World Cup, Bangladesh played in the first round, but this time they are playing directly in the main round due to the advantage of being ahead in the ranking.

But the two-time champion of T20 World Cup West Indies and 2014 champion Sri Lanka have to play the first round due to this ranking problem. Their opponents are Namibia, United Arab Emirates, Netherlands, Zimbabwe, Ireland and Scotland.

Namibia faces strong Sri Lanka in the opening match. The crowded event of the World Cup will start at 10 am Bangladesh time. The game will be shown live by T-Sports.

On paper, the fight is like David and Goliath. Sri Lanka, reigning champions of the Asia Cup, is one of the most successful teams in the T20 World Cup. Former world champion. Namibia is walking there. Their best achievement was playing in the Super Twelve in the last World Cup.

Sri Lanka-Namibia were in the same group in the last World Cup. The Lankans won by 7 wickets, bowling out the ICC partner country for 96 runs. Overcoming the loss, Namibia defeated Ireland and the Netherlands in the next two matches to make it to the Super Twelve. They beat Scotland and got a direct ticket to Australia.

Namibia sent a message by defeating Ireland in Don Bradman’s warm-up match in Australia. The team’s batsman Stephen Bird, who vowed to play his best against Sri Lanka in the first match today, said, ‘Sri Lanka has just won the Asia Cup. It is difficult to start the World Cup campaign against them. we are ready

Worked hard in the last 12 months, improving. We are now in a position where we can compete, even beat Sri Lanka. ‘

After the last World Cup, the performance of Sri Lanka went down. At one time I had to lose 9 out of 10 T20 matches. That team turned around with great success in the Asia Cup. Beat India, Pakistan, Bangladesh to win the title. Dasun Shanaka’s team therefore deserves to play at least the semi-finals in the World Cup.

Before taking the field against Namibia in the World Cup campaign, cautioned Bhanuka Rajapakse, ‘We haven’t played after the Asia Cup. Everyone needed a rest as they had been in a long game before. We are happy with our preparations. I will play cautiously against Namibia from the first ball. ‘

UAE and Netherlands will meet in the other group match on Sunday. Chirag Suri, a thrilled UAE batsman before facing the Dutch, said, ‘The World Cup is nothing less than a dream. It’s a big tournament. Such an opportunity does not come all the time.’