Taiwan drills to counter the Chinese 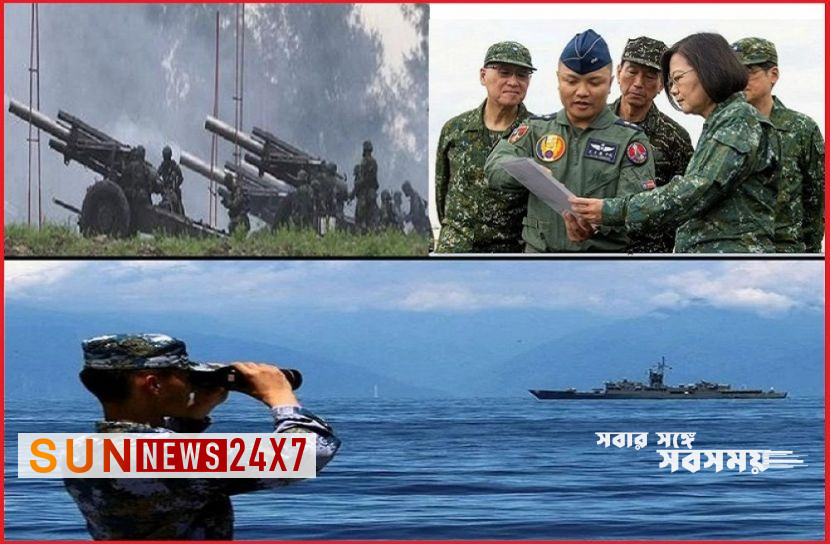 The exercise, known as the Tien Lei Drill, is part of the annual Han Kuang exercise, and various strategies are being tested to counter a possible Chinese attack.

The country also wants to take other strategies under the anti-landing exercise. It was reported last July that the Taiwanese army will conduct the exercise on Tuesday and Thursday.

But it was not possible to imagine that China would continue to show military power around the island nation, angered by the visit of the US House Speaker Nancy Pelosi to Taiwan.

China announced the extension of the military exercise. According to Taiwanese sources, no Chinese warplanes or warships have entered within 12 nautical miles of Taiwan.

However, a video released by the Chinese military shows views of Taiwan’s coast and mountains from the cockpit of a fighter jet. China has even fired ballistic missiles over the capital, Taipei.

On Tuesday, the Chinese military released more information about the anti-submarine drills. In the midst of such tension, the parallel exercise of the armies of the two countries is making the situation more fragile.

According to Taiwanese television sources, Chinese forces are continuing to operate near Taiwan’s military exercises in the south of the country. The country’s foreign ministry has criticized China’s decision to extend military exercises.

Foreign Minister Joseph Wu told reporters that China’s real intention is to change the reality of the entire region, including the Taiwan Strait. According to him, Beijing is actually preparing to attack Taiwan through massive military exercises, missile launches and cyber attacks.

Wu said China wants to use Pelosi’s visit as a springboard.

He expressed gratitude to Western allies including America for showing solidarity with Taiwan, saying that through this, a clear message is being sent to the whole world that democracy will not bow down to dictatorship.

The U.S. does not believe Beijing’s military drills in Taiwan will stoke further tensions in the region.

US President Joe Biden said he was not worried but worried about China’s activities. But Biden does not think that China will do more.