Tamim in the club of 8 thousand 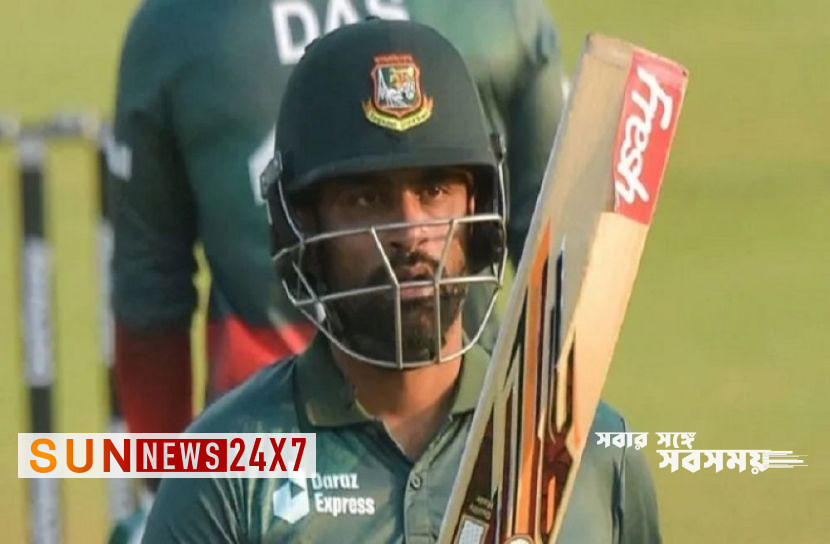 Sports Desk: Tamim Iqbal is now the owner of highest run in Bangladesh jersey in ODI. First of all, the left handed batsman, the current ODI captain, became the first Bangladeshi to score 8,000 runs.

And 229 ODI matches have to be played to make this record.

No other batsman of Bangladesh has scored 7000 runs in ODIs. So Tamim Iqbal entered this milestone first. Before this, the country’s best opener has written his name first among Bangladeshi batters in 5 thousand, 6 thousand and 7 thousand runs.

However, after entering the milestone, Tamim could not stay on the wicket for long. The Tiger skipper scored 62 off 88 balls before being dismissed by Sikandar Raja in the 26th over of the innings. By that time Bangladesh’s opening pair had scored 119 runs. Which is his 54th ODI half-century.

Bangladesh went into bat after losing the toss on Friday. Tamim was 57 runs away from 8 thousand runs.

He reached the first milestone of 8000 runs for the country in ODIs by partnering Lytton with that run.

Earlier, Zimbabwe won the toss and sent the Bangladesh team into bat.