The country is connecting to the third submarine cable 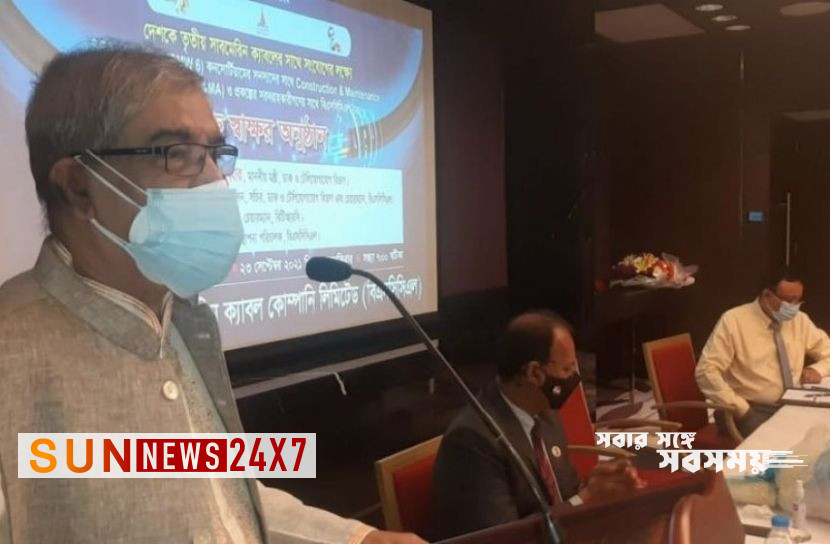 Meanwhile, it is said that initiatives have been taken to connect the submarine cable privately. For this purpose two companies will be given license.

Post and Telecommunication Minister Mustafa Jabbar announced the auspicious journey of this program by attending the ceremony organized by Bangladesh Submarine Cable Company Limited (BSCCL) at Hotel Intercontinental in Dhaka on the occasion of the signing of the agreement on Thursday (September 23) night. The third submarine cable will be commissioned by 2024, he said.

He said that CM-U-6 will contribute immeasurably in establishing seamless connectivity with the digital world by meeting the increasing demand for digital connectivity in the coming days.

He said, by rejecting the proposal of submarine cable connection to Bangladesh in 1992 without cost, the then government kept Bangladesh 14 years behind the information technology world.

He said that three proposals for the installation of submarine cables were initially selected. It was approved in December 2020 Eknek meeting. Subsequently, the selection of consortium suppliers was delayed due to the ongoing global pandemic. As a result, the proposed works of the consortium were planned to be launched by December 2020, but it has been pushed back to the fourth quarter of 2024.

Post and Telecommunication Department Secretary and Chairman of the Board of Directors of Bangladesh Submarine Company Limited. Afzal Hussain signed the contract on behalf of Submarine Cable Company. The consortium member institutions will sign similar agreements from their respective countries on behalf of their respective institutions and send the consortium’s temporary headquarters to Singapore by September 30.

Incidentally, the first submarine cable commissioning was done in the country in early 2006. By 2024, the country will need more than 6,000 Gbps (Gigabits per second) of international bandwidth. It is reported that 12 terabytes of bandwidth will be brought to the country through the C-MI-U-6 submarine cable.

2 Submarine Cables Coming Privately: The government will license private companies to connect submarine cables. It is known that the telecom regulatory body BTRC is working on updating the licensing guidelines. Two private sector organizations can be given this license. The licensed company will construct, operate, repair and service submarine cable systems.

In this regard, the Minister of Posts and Telecommunications said, initially we will license two submarine cables to the private sector.