The destruction of Bangladesh women’s team 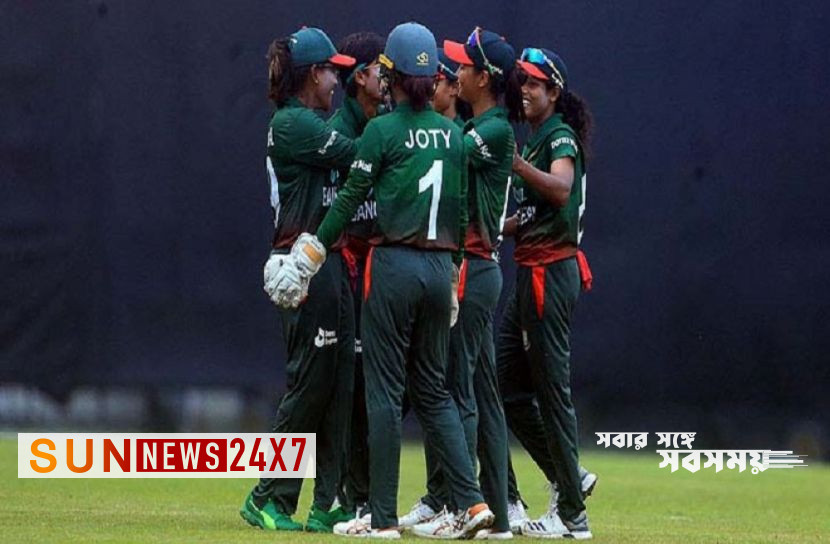 Sports Desk: Bangladesh women’s team lost by 3 runs to Sri Lanka in an important match in Women’s Asia Cup by Duckworth-Lewis method. On Monday (October 10) morning, the Tigresses could not score the 41 runs given by the Lankans due to rain at the Sylhet International Cricket Stadium. At the end of the scheduled 7 overs, the women’s team collected 37 runs after losing 7 wickets.

Salma Khatun-Nigera Sultana Jyoti had no choice but to win against Sri Lanka. But losing the match is devastating. Semi’s dreams are much grayer now. After winning the toss in the morning, Bangladesh captain Nigar Sultana decided to field first. But the Lankan women’s team could not bat 20 overs due to rain. After collecting 83 runs in 18.1 overs, the rain hit Sylhet! Later, the Lankan girls could not bat. Tigresses faced a target of 41 runs in 7 overs due to rain.

14 runs were needed in the last 2 overs to win against Sri Lanka. The next over was a disaster. Then 11 runs were needed in the last over. Salma Khatun and Ritu Moni could not capitalize on that opportunity. Salma (2) was run out on the fifth ball. I want to win the last ball by 6 runs. If given a wide, 5 runs are needed. It would have been a draw if it had hit four. But Ritu took one run. Salma Khatun-Nigar Sultana Jyoti’s path to the semifinals became quite difficult after losing by 3 runs in the Duckworth Lewis method.